As student protests continue at higher education
institutions, the student representative council (SRC) at the University of the
Witwatersrand says it has raised almost R4 million to assist students in need.

On Tuesday, SRC president Mpendulo Mfeka said the
funds would be allocated to students who were at risk of being financially
excluded, and those who were unable to register for the 2021 academic year due
to financial difficulties.

Mfeka said, while it was the SRC’s target was to
raise R21 million, it decided to start allocating the funds because the
registration period would close.

“If we wait until we have R21 million, we
won’t be in a position to assist these students,” Mfeka added.

READ | 2 students suspended, but not for
protests, says Wits

News24 reported in
February that Mfeka said the SRC reached out to non-profit organisations and
companies for support as part of its efforts to reach the R21 million target.

He said the SRC decided to step in and raise the
funds because it felt student debt did not only affect them, but their families
too. Some looked forward to graduating so that they could be breadwinners at
home.

The campaign [was] largely an intervention strategy for the financially needy and our target was R21 million because in our estimation, [the amount] would have been enough to cover the number of students that are at financial risk. Currently on campus, the required debt for students to register is R40 million and we had since made the plea to [the] university to say it must meet us halfway; raise the other half and we will raise the other half, hence the R21 million.

He said donors would be made public at a later
stage.

Wits has been at the centre of protests in recent
weeks after students took to the streets to fight for free, quality and
decolonised education.

Protests in Braamfontein took a tragic turn two weeks ago when a
passer-by, Mthokozisi Ntumba, was shot dead, allegedly by police who
were dispersing students.

The South African Union of Students (SAUS) convened
a meeting with the higher education department to submit its demands.

It later called for a national shutdown.

SAUS national organiser, Yandisa Ndzoyiya, said the
union was expected to meet with Higher Education Minister Blade Nzimande this
week. If there is no fruitful outcome, they will take to the streets and march
to the Union Buildings in Pretoria.

Ndzoyiya said students from all higher education
institutions were being mobilised in preparation for the meeting.

He said the union had been unable to meet with
Nzimande and that his deputy, Buti Manamela, was not giving them
“satisfactory responses”.

Ndzoyiya said the minister was expected to bring a
delegation to the meeting. Student bodies and the National Student Financial
Aid Scheme (NSFAS) were expected to be part of the engagement.

He said their demands remained that student debt
should be scrapped, that every student should be registered, and that financial
exclusion should be stopped. He added that the union also believed there should
be alternative funding to assist post-graduate students.

Meanwhile, Mfeka said the Wits SRC was expected to
hold a mass meeting with students at 16:00 on Tuesday.

He said resolutions from the mass meeting would
determine a way forward.

Ultra-Rare Allard P4 Is A Lexus LS With British Style

Former minister Bathabile Dlamini to be prosecuted for perjury 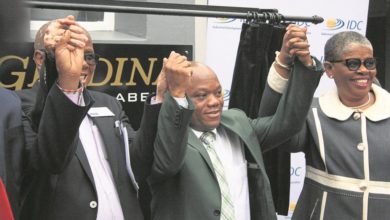 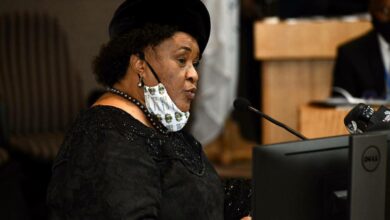 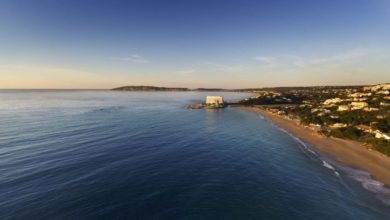