As a result, the pocket rocket hurtles to 100kmh in 3.8 seconds, from 4.3 previously. To optimise the increased output, the car is equipped with a Torque Splitter and new RS driving modes.

Due to arrive here in the first half of 2022, the new RS3 will peak at 288kmh if equipped with an optional dynamic pack.

Newly developed six-piston steel brakes keep the power of the five-cylinder engine in check. Ceramic front brakes are available as an option.

Suzuki Motor and Daihatsu Motor are investing in a Toyota Motor Corp entity to bring electrification and autonomous driving to commercial vehicles, deepening ties among the vehicle manufacturers.

According to Bloomberg, they will join Isuzu Motors and Hino Motors, Toyota’s truck and bus unit, which formed the venture earlier this year.

Suzuki and Daihatsu will acquire a 10 per cent stake in the partnership from Toyota, they said in a statement on Wednesday (July 21), without disclosing the amount.

Toyota, the world’s biggest carmaker, has been stitching together a web of alliances and shareholdings with smaller car-and-truck manufacturers to pool together resources and take part in the shift away from combustion engines and human drivers.

Volkswagen and other global carmakers have also been forging partnerships as new technologies and business models disrupt the US$2.23 trillion (S$3.03 trillion) global auto industry.

Toyota and Suzuki took stakes in each other two years ago and Daihatsu became a subsidiary of Toyota in 2016.

Suzuki and Daihatsu bring to the table deep experience in smaller cars used by consumers and businesses, which they said account for about 31 million of the 78 million vehicles owned in Japan and “serve as an essential lifeline in the daily lives of people, especially in rural areas”.

The base Macan has a turbocharged inline-four with 265hp and it reaches 100kmh in 6.2 seconds and a top speed of 232kmh.

The Aston Martin Valhalla takes another step towards production as the manufacturer announces that it will be “a truly driver focused… supercar”.

It will be powered by a 950hp hybrid powertrain, which mates a 750hp twin-turbocharged V8 with two electric motors.

Volvo Car Group has reached an agreement with Geely Holding to acquire its parent’s stake in the Chinese parent’s joint ventures in China.

The agreement aims to have Volvo Cars take full ownership of its production plants and sales operations in the world’s biggest vehicle market.

Under the deal, whose financial details were not disclosed, Volvo will have full ownership of its manufacturing plants in Chengdu and Daqing, its national sales company in China and its research and development facility in Shanghai.

Koenigsegg Jesko to get up to 1,600hp

The Jesko will be powered by a redesigned 5-litre twin-turbocharged V8 which produces 1,280hp when running on petrol and 1,600hp when operating on E85 biofuel.

It is mated to a new and light nine-speed transmission. Aerodynamics offer more than 1,000kg of down force to keep the land missile on the tarmac.

The Jesko, named after the father of company founder and chief executive Christian von Koenigsegg, will have active rear-wheel steering, a carbon-fibre chassis, and more legroom, headroom and greater visibility. 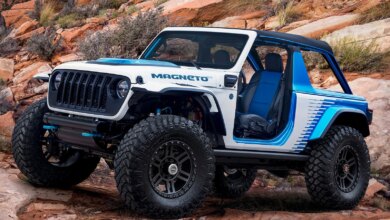 The Jeep Magneto 2.0 Is a Wrangler As Quick As Tesla’s Plaid 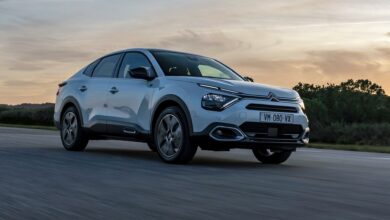 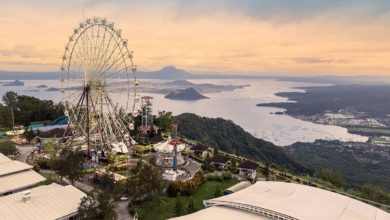