“I don’t have an academic background in agriculture; I gained the skills of growing food from my grandmother. Later on, I made sure that I aligned myself with people that were experts and dominating in the industry. They mentored me and I learned the skills that I could have learnt at varsity,” she says.

From a young age, Mkwanazi always knew that she would one day become an entrepreneur.

In a time when the country is battling the Coronavirus and its impact on the livelihoods of South Africans, Mkwanazi’s agricultural skill has come in hand.

The 34-year-old from Benoni shares her knowledge with the community on how to grow their own food in a bid to address challenges of poverty and unemployment.

Mkwanazi is the founder and Managing Director of Nanloy Organic Farm, a social enterprise, which uses regenerative farming methods to provide sustainable food security solutions for local markets, and those who lack access to organically grown vegetables.

The farm specialises in high value organic spinach and seasonal fresh produce with a key focus in indigenous crops, including amaranth and okra.

Often, the average person on the street cannot afford organic food, which is often sold at a premium. Through Nanloy, she is investing in changing the narrative around food security and poverty alleviation.

Through the “Handle Organic Gardens” programme piloted at Chief Albert Luthuli Primary School in Benoni, she teaches learners how to grow their own organic food.

The programme has since grown to include teaching her community how to grow their own produce.

Through the concept of “door gardens”, the community is taught how to grow their own food in a garden as big as the size of a door.

“They start small in order to give them confidence and as soon as they see their plants growing, they are like ‘I can do this’, and eventually as the seasons change, they extend the garden to incorporate seasonal plants,” she says in an interview with SAnews.

Getting the business off the ground

Founded in 2018, Nanloy Organic Farm which is based in Benoni, has received much local and national recognition, including scooping the first prize in the agriculture category at the Ekurhuleni Economic Development Summit in 2019.

AWEC empowers women from across Africa and the diaspora with the knowledge and network needed to build resilient and scalable businesses.

She admits that starting a business, particularly agri-business, is not easy with access to land being the main challenge.

She also approached a local college in Benoni, which gave her access to its land.

“After lengthy engagements, we were allowed to use the land without paying the lease for the first couple of months, as the business was still young and not generating any income.”

She points out that farming is capital intensive and that obtaining funding is often difficult.

She credits Siphiwe Sithole, of organic farming business African Marmalade, for helping her navigate the industry and mitigating some of the pitfalls involved in farming such as how to protect crops from hail damage.

“Due to a supportive community, through family and friends, I was able to mitigate the biggest challenges that any farmer would have had when starting a business.”

Although she works alone, this season Mkwanazi will collaborate with Sithole to grow organic watermelons.

“Watermelons are expensive to grow in the beginning and it makes sense for me to partner with her because she is more skilled than I am in growing watermelons. Partnering with her will help me to avoid a lot of mistakes. It will also help me to get into the market that I want.”

For Mkwanazi who farms on 5.5 hectares of land, the focus is on seeking out small organic retailers as to sell her produce to as opposed to competing with more established commercial farmers producing for big retailers.

“I’m not in a position to compete with more established and commercial farmers which have 10 or 1 000 hectares, which I don’t. Before I started my operation, I conducted some research. I had to see what the local community ate and sought out organic retailers that are much smaller, and just before COVID-19 hit, we had a sub-contract to supply a boutique hotel with organic onions, and that’s how I’m manoeuvring in the agri-space,” she says.

She is of the firm belief that farming is directly linked to solving problems of hunger and food scarcity.

“As farmers we need to be more engaging with the communities where we operate,” she says.

Mkwanazi’s comments come as many countries around the world commemorated World Food Day on 16 October 2020.

The day is commemorated annually in remembrance of the founding of the Food and Agriculture Organization (FAO) of the United Nations in 1945, as an organisation that deals with global food and agricultural issues.

FAO was established to deal with the global physical availability of food and agricultural development after World War 2.

World Food Day 2020 marked the 75th anniversary of FAO at a time when countries around the world deal with the effects of COVID-19.

While supporting the distribution of food parcels to needy communities, Mkwanazi also emphasises the need to think of long-term solutions by transferring skills and knowledge of growing one’s own produce.

“If I’m teaching one person from one family on how to grow their own food, you can imagine the impact that has in the long-term. As the farming sector we have a huge responsibility of imparting knowledge, education and empowering people to try and bridge the gap of poverty that we’ve seen increasing during COVID-19.”

While it is unfortunate that more people are moving to urban areas and leaving behind land that can be cultivated, Mkwanazi has not written off urban farming.

“People living in those areas are able to grow their own food in spaces they are living in. In that way, people are able to take care of themselves and eat what they grow which is often healthier than what you buy from the store,” she notes.

Mkwanazi also encouraged farmers to embrace technology as it helps farmers to detect issues before they become problems.

Technology not only helps to monitor soil moisture and nutritional levels in plants, it helps farmers to farm better, she says.

For Mkwanazi, farming is not only a calling, but also a combination of both business and lifestyle choices.

“It’s in my blood. It’s a legacy for me and it’s important that in me generating wealth, I’m also able to build my people and able to leave an impact of change.”

To become a successful farmer one needs to be purpose driven, have vision, resilience and a passion for the job, she says.

She is of the belief that entrepreneurship is a key element in empowering South Africans, particularly young people and women.

“We’ve seen the impact young people have in the country with small businesses being the driving forces of the economy. For me, the combination of young people and entrepreneurship is a very powerful combo. If we nurture it as a country, we can see changes, particularly in the high number of unemployment we have.”

Women she said are the core structure of communities.

“My mom was a cleaner but she put three kids through university with the money she made from cleaning and baking. It is a testimony of what power South African women have, and if we invest in them, we can see a great shift in our communities.

“Psychologically seeing something growing from a seed to a little plant that is germinating to a point where I’m harvesting and selling it, brings a sense of accomplishment,” she says.

Mkwanazi’s ability to continue growing her business, while ploughing back to her community is no doubt something to crow about.  –SAnews.gov.za 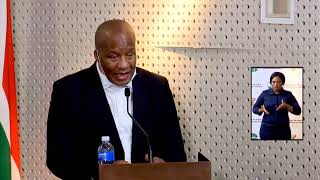 The Minister of Social Development, Ms. L Zulu will elaborate on the socio-economic relief intervent 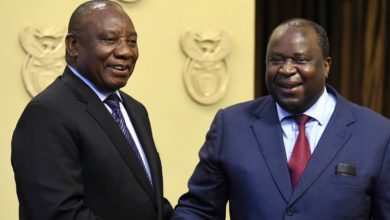 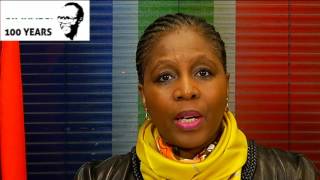 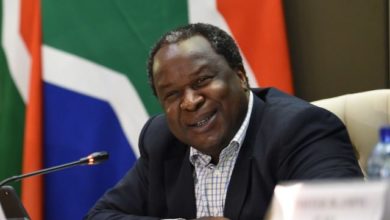