A devastated family arrived for their holiday at Flamingo Land to learn their booking never existed and they had been conned.

Nikki Brown and husband Lee, both 32, arrived at the caravan they thought they had booked for the bank holiday weekend only to find another family inside.

They had paid £220 for the caravan, located near the North Yorkshire zoo and theme park, for their first family break with their two sons aged one and four.

But the Hull family’s holiday dream was sadly crushed after realising the person who sold them the holiday was not the actual owner and was in fact a scammer who had stolen photos of the caravan, Hull Live reports.

Nikki said Flamingo Land were “amazing” as, despite being fully booked, they got three members of staff to ring around all of the private caravan owners to find them a replacement so that their holiday, near Malton in North Yorkshire, could go ahead.

But the couple, who had worked hard to save for the holiday, had to pay the full amount again for the replacement, which was more expensive, at £350.

Nikki said: “My mum tagged me in a Facebook post on a selling site, as she knew I was looking for a holiday before our eldest starts school next week.

“It was our first holiday in three years. The caravan looked lovely, it had a veranda and was really nice inside. I messaged the lady and we talked about costs and it all seemed genuine.

Nikki said she went to the theme park’s booking office, where staff said they would find the booking form and sort access.

Enter your postcode to see what’s open near you

However, there was no booking under her name and the caravan in question was already occupied.

Nikki said: “I was just devastated. We both work full time and it has taken us a while to save up to go on holiday, it was our first holiday as a family, and our first in three years.

“All I could think about was going back to the car and telling the boys we were not going on holiday, that we were going back home.

“Flamingo Land was amazing and helped us find another caravan and even gave us some entertainment passes. But it has cost us nearly £600 in the end.”

The couple reported the scam to Action Fraud – the UK’s national reporting centre for fraud and cyber crime – and their bank, but were told they could not get a refund as they’d paid via a bank transfer.

“Flamingo Land said they’d heard of similar scams but not had it happen to them before,” Nikki added.

“The lady who owned the caravan in the advert was very angry and upset that her caravan was being used in a scam.”

Enter your postcode to see local issues near you

Flamingo Land is not connected in any way.

Figures show almost a third of people hit by holiday fraud are duped by an advert on social media, with Facebook being the most common platform where people were targeted. Others were fooled by fake websites that looked like the real thing.

Action Fraud, the national reporting centre for fraud and cybercrime, issued an appeal this summer asking people to be vigilant when arranging holidays.

To get the latest email updates from Yorkshire Live, click here .

Will Smith just stole the Telluride Film Festival. And he could bring Beyoncé to the Oscars 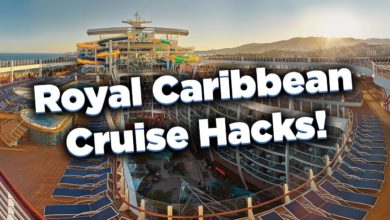 10 countryside restaurant terraces so marvellous they deserve a day trip