For years, the Marvel Cinematic Universe’s textual approach to LGBTQ+ characters has been heavy on speculation and light on actual representation. Fans have spent years and years shipping Avengers with other Avengers in romantic crossovers to rival Endgame, while the studio has either asked them to wait, or offered them a Russo brother in trying times. So far, it seems like The Falcon and The Winter Soldier’s taking the former approach—although it could end up giving fans the latter.

The first two episodes of the new Disney+ series have been a lot of setting up, but one thing that’s been clear throughout is that the series wants to sell the chemistry of Anthony Mackie and Sebastian Stan’s titular heroes as not just teammates, but goofy, occasionally homoerotically-charged buddy cop pals.

As Gavia Baker-Whitelaw notes over at The Daily Dot, episode two, in particular, emphasizes the shipping vibe between the two heroes for laughs and attempts at gravitas. Sam and Bucky rolling together in the fields just outside of Munich after their scrap with the Flag Smashers is played as a quick gag, as is Doctor Raynor’s impromptu (and intimate) therapy technique between the two afterward, albeit one that opens up a level of reflection for Bucky unlike anything else in his treatment in the show so far.

But there’s more to The Falcon and The Winter Soldier’s queer theory vibes than a few gags—especially when it comes to Bucky Barnes. Marvel fans have long considered the potential for Bucky to be seen as a queer character, casting him as a sort of lovers-to-enemies-to-lovers foil for Steve Rogers ever since Stan debuted in Captain America: The First Avenger. Even as Avengers: Endgame took Steve Rogers’ personal arc down a path away from Bucky, the theory has lingered, only to heat up again with the arrival of the new show. In the first episode of the Disney+ series, Bucky goes on a cut-short date with a waitress from a local sushi place, only to comment that his foray into the world of modern online dating apps lead “to lot of weird pictures,” only to add “I mean, tiger photos?”

Fans longing for a queer version of the character immediately latched on to the line, positioning it as a reference to the mid-2010s phenomenon of a primarily masculine trend of dating profile pictures, especially on Tinder, of men posing with big cats in an attempt to attract potential matches. If Bucky was seeing lots of pictures of people posing for tiger selfies, these folks reasoned, then it was very likely that Bucky Barnes had swiped right on more than a few men, seemingly, but quietly hinting at the character’s bisexuality. The chatter grew enough that, speaking to NME last week, lead writer Malcolm Spellman addressed the rumors.

So, will The Falcon and The Winter Soldier reveal one of its lead characters to be a queer man? We don’t know yet, and creatives like Spellman certainly aren’t telling. But it’s not really surprising to anyone at this point that Marvel creatives would dance around rather than confirm a smattering of queer representation in their work for the studio. After all, this has been part and parcel of the push-and-pull in asking for visible LGBTQ+ representation in Marvel’s work for over a decade at this point. Time and time again, actors have played vague about the potential for queer romantic partnerships, only for executives to tell fans that one day, textual representation will come.

For the most part, they’re still waiting. Avengers: Endgame made waves for the first on-screen LGBTQ character in a Marvel Cinematic Universe movie for all the wrong reasons, when the pre-hyped moment of queer representation was ultimately revealed as a seconds-long cameo by co-director Joe Russo. Since then, as Marvel laid out “Phase 4” of its moviemaking plans and beyond, the game has once again been one of patience on fans’ behalves. Tessa Thompson’s Valkyrie was confirmed to be queer at San Diego Comic-Con 2019, but audiences will have to wait until 2022 to potentially see that acknowledgment on-screen in Thor: Love and Thunder. Eternals, Marvel’s cosmic-tinged team-up of obscure Jack Kirby comics characters, is still on track to release later this year, and will feature Bryan Tyree Henry’s superheroic Phastos as a married queer man, sharing the franchise’s first on-screen queer kiss with his husband, played by Haaz Sleiman.

Those are all still promises of things to come for queer Marvel fans looking to see people like themselves in the stories they love. The Falcon and The Winter Soldier may yet join them, or, like many opportunities before it, become part of Marvel’s long history of queerbaiting audiences. I guess, as is the Marvel manner, we’ll just have to wait and see.

For more, make sure you’re following us on our Instagram @io9dotcom.

Zimbabwe to host Pakistan in Test and T20 series 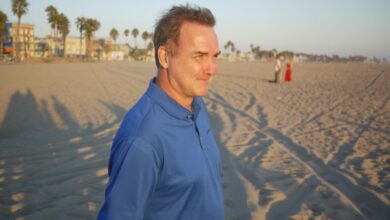 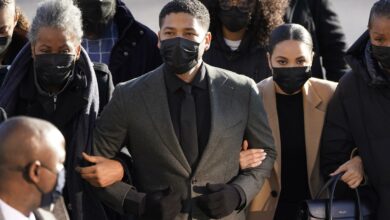 Detective: No rush to judgment in Jussie Smollett case 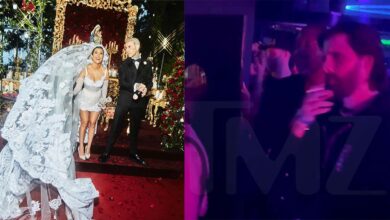