The founder and chief executive of the government’s citizen engagement platform on WhatsApp, known as GovChat, has brought an urgent application to the Competition Tribunal for interim relief against Facebook, WhatsApp, and Facebook South Africa.

GovChat are asking the Tribunal to interdict and restrain Facebook/WhatsApp from removing them from the WhatsApp platform pending the outcome of a complaint which they submitted to the Competition Commission.

This follows threats by Facebook to remove GovChat from the WhatsApp platform due to an alleged violation of the contractual terms of use.

Launched in 2018 in partnership with the Department of Cooperative Governance and Traditional Affairs (Cogta), GovChat is a digital platform ‘chatbot’ used by government to engage with citizens.

GovChat operates via the WhatsApp platform which is owned and controlled by Facebook.

The service was established to enable the Cogta to monitor and evaluate provinces and municipalities’ service delivery, response times, failures and successes, and corruption – in real-time.

After the Covid-19 outbreak GovChat diverted to assisting the government with Covid-19 education and awareness, symptom tracking, the provision of test results and enabling citizens to apply for urgent social relief grants/distress grants.

Facebook argues that this case concerns its rights to enforce the contractual terms that govern the use of its paid business messaging platform, the ‘WhatsApp Business API’.

They accuse GovChat of breaching the terms of use in pursuit of commercial interests.

GovChat claims that it operates within WhatsApp’s terms of use, has never intentionally misrepresented its position and acted in good faith in all times.

It cited numerous failed attempts to reach a commercial solution for all stakeholders, with Facebook, to prevent the termination of GovChat’s access to the WhatsApp platform.

The applicants further argue that Facebook’s “off-boarding” of GovChat from WhatsApp’s API will end GovChat’s ability to render services to the government and citizens “at the height of the second wave of the Covid-19 pandemic in South Africa and force the applicants out of business”.

The case is set to be heard by the Tribunal on Wednesday (13 January).

Read: What South Africans should know about the changes to WhatsApp: legal expert 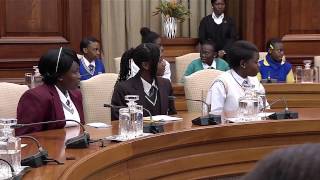 Government looks to limit the hiring of foreigners in South Africa, as tensions grow 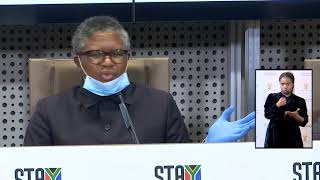