Wayne LaPierre, the former head of the National Rifle Association, and his wife, Susan, secretly shipped parts of an elephant they shot in 2013 to turn it into home decor, according to a new report published Thursday.

In late April, leaked graphic video footage obtained by The New Yorker and The Trace showed the LaPierres each shooting and killing two elephants in Botswana in 2013.

Susan LaPierre later requested that the shipment should have no clear links to the couple, asking to use the name of an American taxidermist as “the consignee” and that the company “not use our names anywhere if at all possible,” The New Yorker reported.

In one message sent by the taxidermist, who was not named in the report, to the shipping company, he explained that the LaPierre’s “can not afford bad publicity and a out cry,” which is “why they are trying not to have there names show up on these shipments so the information does not fall into the wrong hands,” according to records obtained by the news outlet.

Susan LaPierre also noted that the couple expected to receive “an assortment of skulls and skins from warthogs, impalas, a zebra, and a hyena” in the shipment, according to the report.

“Taxidermy work orders containing the LaPierres’ names called for the elephants’ four front feet to be turned into ‘stools,’ an ‘umbrella stand,’ and a ‘trash can,'” The New Yorker reported. “At their request, tusks were mounted, skulls were preserved, and the hyena became a rug.”

The request was made amid the public backlash against Tony Makris, a longtime adviser of LaPierre, after he shot and killed an elephant on the hunting show “Under Wild Skies.” The LaPierres’ hunt was filmed to air as part of an episode for the show, but it was canceled, The New Yorker reported.

There are approximately 415,000 African elephants in the wild, and the World Wildlife Fund lists the species as vulnerable, meaning they are not currently endangered but are at risk due to hunting and elephant poaching.

Representatives for the NRA did not immediately return Insider’s request for comment. Andrew Arulanandam, managing director of public affairs for the NRA, told The New Yorker that LaPierres’ “activity in Botswana – from more than seven years ago – was legal and fully permitted.”

“Many of the most notable hunting trophies in question are at the NRA museum or have been donated by the NRA to other public attractions,” Arulanandam continued.

Last August, New York Attorney General Letitia James filed a lawsuit to dissolve the NRA, saying the organization is “fraught with fraud and abuse” and accused LaPierre of leveraging his status as executive vice president of the NRA for personal gain.

In a complaint filed last August, James’ office claimed that the LaPierres received free taxidermy work, which “constituted private benefits and gifts in excess of authorized amounts pursuant to NRA policy to LaPierre and his wife.” 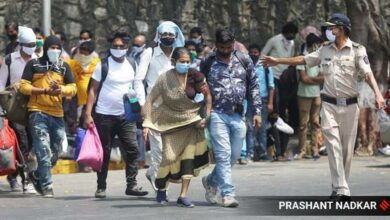