The current-generation Toyota Tundra made its official sales debut all the way back in January of 2007. While the truck underwent a fairly thorough refresh in 2014, the aging pickup is well overdue for a proper overhaul. Thankfully for customers, the 2022 model year promises to bring a new Tundra to the hotly contested full-size truck segment. This is everything we know so far about the upcoming 2022 Tundra.

As Automotive News reported back in April 2019, all of Toyota’s future pickups will be underpinned by a shared platform. Known as TNGA-F, this body-on-frame platform is currently utilized by the new Toyota Land Cruiser. Thanks to the use of heavy-duty steel and other upgraded materials, expect the new Tundra to be more rigid and safer than its outgoing sibling. MotorTrend also notes that the 2022 Tundra will likely use a coil spring rear suspension set-up alongside the new platform. Such a redesign should not only improve ride quality, but also the current Tundra’s lackluster payload and towing capabilities.

After some leaked images of the 2022 Tundra TRD Pro found their way online, the Japanese automaker went ahead and released a high-quality image of the truck. While we’ve only gotten the one shot so far, it’s clear that the new Tundra will fall in line with modern styling trends. The front fascia is dominated by a new grille design, which features an integrated LED light bar on the TRD Pro model. The front bumper is well integrated with this large grille and is complemented by some unique texturing. This same texture can be found on the truck’s fender flares, which sit above a new unique set of wheels. Those wheels are set to come wrapped in 33-inch Falken Wildpeak all-terrain tires, per Toyota’s own teaser image. Based on the integrated amber marker lights in the truck’s nose, expect a width exceeding 80-inches, a first for the model.

Toyota has also shared a few images that give us an idea of what we can expect from the new Tundra’s interior. These pictures appear to highlight the TRD Pro yet again, as is suggested by the red strip atop the leather-wrapped steering wheel. The interior features a much larger infotainment screen than the current 8.0-inch unit, which is clearly displaying Apple Car Play functionality in the teaser. Expect Android Auto to be along for the ride as well, as both services are already offered by the current truck. Car and Driver pointed out that a JBL audio system can be seen hiding in the image too. More recently, Toyota has confirmed that the 2022 Tundra will be available with a panoramic sunroof, as well as a power-sliding rear window that drops away completely. Together these two elements should mimic the experience of open-air motoring quite well.

Toyota has also confirmed via a teaser video that the Tundra TRD Pro model will feature a unique red leather interior, complete with trim-specific accent stitching. The automaker has also showed off the truck’s rotary drive mode selector, which features modes tailored specifically for an off-road adventure. Toyota’s Multi-Terrain Select and Downhill Assist Control/Crawl modes are present, as are the obligatory Tow/Haul modes. That same teaser also features a large wireless charging pad and a fully-digital display, which are both features we’d like to see across the Tundra lineup.

According to Car and Driver, the 2022 Toyota Tundra TRD Pro will utilize a 3.5-liter twin-turbocharged V-6 engine. A version of this motor is used in the Land Cruiser, where it produces 409 horsepower and 479 lb-ft of torque. It is expected that a hybrid variant of that powertrain will also be made available, hinted at by the iForce Max engine cover teased by Toyota itself. MotorTrend also believes that entry-level models may receive a naturally aspirated variant of the 3.5-liter V-6, though that bucks the current segment trend. Regardless, don’t expect the Tundra to rock a V-8 powertrain any longer.

The current Toyota Tundra starts at $34,025 before destination charges. Car and Driver believes that the entry price for the truck won’t swell too much with the new model, suggesting it will remain in the mid-$30,000 range. A slight price hike is expected, however, which will keep the Tundra on par with offerings from Ford and Ram.

With Toyota consistently releasing images of the new Tundra, it’s clear that the wait won’t be much longer. The automaker themselves notes on the new Tundra’s own website that the truck will arrive this fall, keeping in line with its 2022 model year sales debut. Whether or not more details about the truck remain secret until then will have to be seen.

London's Marble Arch Mound is a heap of earth 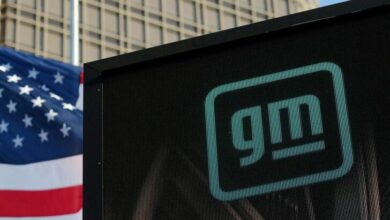 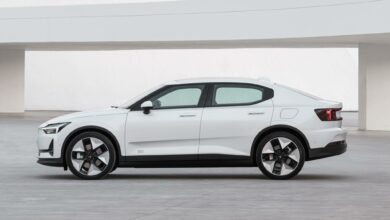 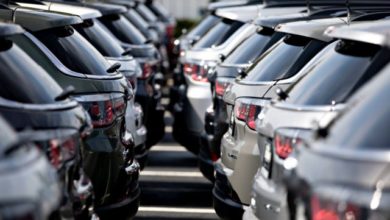 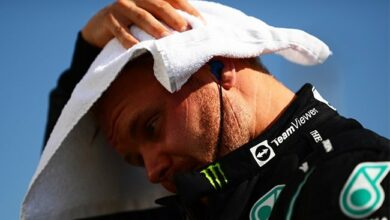 Another limp race from Bottas in Qatar: ‘He just lets people pass him’ – Van der Garde