Dredging work will continue until 4 p.m. local time Sunday, at which point the refloating operations will resume, Inchcape Shipping Services said. Another two tugs are set to arrive, adding to the 11 currently on site, according to Bernhard Schulte Shipmanagement, technical manager for the vessel.

The Ever Given’s charterer said it could take at least a couple of days of dredging before enough mud and sand is cleared to attempt a refloat on a high tide. Meanwhile, the rescue team said it would start lifting containers off the vessel to lighten its load.

The pile-up of ships is creating another setback for global supply chains already strained by the e-commerce boom linked to the pandemic, with companies including A.P. Moller-Maersk redirecting vessels around southern Africa. About 12% of global trade transits the canal that’s so strategic world powers have fought over it.

• Two more tugs will arrive at the Ever Given by Sunday, ship management company says

• There are more than 320 vessels lined up, according to the Suez Canal Authority

• Explainers: Why the Suez Canal is so important, and why shipping was in a bind even before this crisis

Tugs managed to move the Ever Given 29 meters (32 yards) on Saturday, Inchcape Shipping Services, a maritime services provider, said in an emailed statement.

Dredgers will continue to dig out mud and sand from near the ship until Sunday 4 p.m. local time, at which point refloating operations will resume, Inchcape said.

Eleven tugs worked throughout Saturday alongside the dredging operations which removed sand and mud from around the port side of the bow, according to a statement from Bernhard Schulte Shipmanagement, the vessel’s technical manager. Another two tugs are set to arrive Sunday.

The vessel’s rudder has been released from the sediment.

Initial investigations have ruled out mechanical or engine failure as a cause of the grounding, according to the statement.

French shipping company CMA CGM Group has diverted two vessels, the Leo and the Attila, around the Cape of Good Hope, according to the firm’s web site.

The Leo is en route from Charleston, South Carolina, to Port Klang, Malaysia. The Attila is plying a route from Kingston, Jamaica, to Singapore, according to shipping data.

The company has 10 ships stuck in or near the canal, plus another nine partner vessels.

The Ever Given could be freed by pumping water into the sand beneath the vessel, the emeritus professor of engineering design at the University of Edinburgh told The Scotsman newspaper.

“I would give it a 50/50 chance of working,” Professor Stephen Salter said.

The ship has moved 30 meters northward, according to a tweet by Egypt Today Magazine, adding that this suggests the reflotation process will work.

The number of ships waiting to enter the Suez Canal is lengthening as the waterway remains blocked. Data compiled by Bloomberg shows there are 429 vessels queued up Saturday, compared with around 100 at the start of the blockage.

Bulk carriers typically hauling commodities such as grains, coal and iron ore account for the biggest share of the vessels stuck in and around the canal. The data also indicate as many as 14 vessels that could be carrying thousands of livestock.

* Listed are the categories with highest number of vessels waiting

The latest efforts to free the vessel have begun to pay off, and new attempts to refloat it could begin Saturday or Sunday, Suez Canal Authority chief Osama Rabie told reporters.

Declining to lay out a timeline for when the operation could be completed, Rabie said 10 tug boats are on site. There are currently more than 320 ships waiting to move, and authorities are working to provide them with all necessary services.

The canal is taking a revenue hit of as much as $14 million a day from the blockage, Rabie said.

Excavation will take at least two to three days of digging to reach the required depth for the stranded ship to refloat, charterer Evergreen Line said in a statement dated March 26.

Logistics company AP Moller-Maersk A/S has diverted 14 vessel around the Cape of Good Hope, South Africa, to avoid the Suez canal. The number of rerouted ships is up from 12 yesterday and the company said it expects the number to increase.

“For every day the canal remains blocked, the ripple effects on global capacity and equipment continues to increase,” Maersk said in a statement.

Tugs are connecting up to resume reflotation operations, according to Inchcape Shipping Service. Dredgers are currently working and there are some divers around the Ever Given vessel.

In the first public comment from an Egyptian government official on the incident, Prime Minister Mostafa Madbouly said the country was racing against time to restore movement to the facility vital to the entire world and was keen to complete the work as soon as possible.

Several vessels laden with livestock and containers en route to Jordan are stranded near the Suez Canal, Captain George Dahdal, Representative of Jordan Navigation Syndicate, said by phone. Seven vessels loaded with 92,000 livestock that were supposed to arrive to Aqaba on March 21 are stranded. Other vessels loaded with containers including food and other commodities are still stuck due to the traffic jam, Dahdal said.

Qatar Airways, one of the world’s largest cargo airlines, said shippers stuck in the canal were sending queries as a precautionary measure. The airline expects “to see firmer interest in the coming days if the situation remains the same,” a spokesperson for the company said in response to questions from Bloomberg.

The canal’s temporary closure might affect 10%-15% of world container throughput, Moody’s Investors Service estimated earlier this week. Under normal circumstances, the temporary delays in global supply chains would not be a “big issue,” it said. However, a global shortage in container capacity and low service reliability has made supply chains highly vulnerable to external shocks despite high consumer demand, its analysts said.

“The timing of this event could not have been worse,” analysts including Daniel Harlid wrote in a March 25 report.

There were potentially thousands of insurance policies taken out on the steel boxes stacked high on Ever Given. They could result in millions of dollars in payouts.

The blockage is set to unleash a flood of claims by everyone affected, from those in the shipping industry to those in the commodities business. Read the story here. 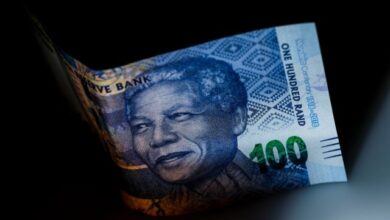 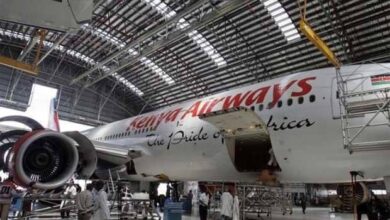