Minister of Communications and Digital Technologies
Stella Ndabeni-Abrahams told Parliament on Wednesday afternoon that plans to
unbundle Postbank from the SA Post Office had sparked excitement among South
Africans and companies in the banking sector alike, who were keen to see the
change a licensed state bank with bring to the market.

Plans to convert Postbank into a fully-fledged bank
with its own banking licence emerged in earnest in 2017 when the Postbank sent
an application for a banking licence to the South African Reserve Bank that
year.

However, the application process has seen several
delays since, with the Department of Communications having to remind South
Africans last year that it would continue to press on with plans to get the
licence.

Last year, the bank recorded account growth of just
0.5% and – due to not having a full banking licence – it has been unable to
offer credit services. The
Covid-19 pandemic, meanwhile, cost it approximately 18% of its revenue,
Business Insider reported.

Replying to questions orally in a virtual plenary
of the National Council of Provinces, Ndabeni-Abrahams said her department was
aware of the challenges Postbank faced in terms of the unbundling but said both
it and National Treasury had to be thorough in the process.

“We asked National Treasury [for] support in
ensuring there is a clear plan for the Post Office as well as the Postbank. We
need a bank that is capable, with financial status and resources and that is
why we have the unbundling to repurpose aspects of the Postbank,” said
Ndabeni-Abrahams.

Ndabeni-Abrahams said, in light of the financial
challenges that the South African Post Office has faced in recent years, it was
critical that government invest time in ensuring the Postbank had the means to
service South Africans in finance.

“A bank’s controlling company must be
financially stable such that it does not have a negative impact on the bank.
The licensing requires us to look at the entire ecosystem. The Postbank is a
bank that is closest to the poor and could do a lot of good for them. We are
pursuing that license because it needs to function like a fully-fledged
bank,” Ndabeni-Abrahams said.

When asked by MPs whether Postbank could be viable
on its own as a bank, Ndabeni-Abrahams said ordinary South African people and
businesses in the banking sector alike were waiting with anticipation for the
Postbank to be established as a fully-fledged bank.

“I would encourage members to utilise the bank
and see that there are services the bank can offer. Whether R350 grants or not,
when we report on the balance sheet the bank has been doing well because there
have been more deposits and transits,” she said.

Members including Democratic Alliance MP Tim
Brauteseth from KwaZulu Natal and Freedom Front Plus MP Armand Cloete from the
Free State asked how government hoped to prevent Postbank from falling prey to
corruption, to which Ndabeni-Abrahams simply urged MPs to “have
faith”.

“The ANC government is doing everything in its
power to fight corruption. We will be in a good place to ensure this bank
services the people. Everyone in the process has agreed to look into the detail
and policy from all angles,” she said.

Ndabeni-Abrahams
told MPs that she was aware of delays and backlogs at Post Office branches in
the delivery of services, especially to low income communities where it relates
to grant relief provisions, saying the Post Office was working with local
authorities to address the problem.

Roche Partners with the Kolisi Foundation, One By One Target Covid Campaign and Transnet to Launch Free COVID-19 Children’s Book | Business 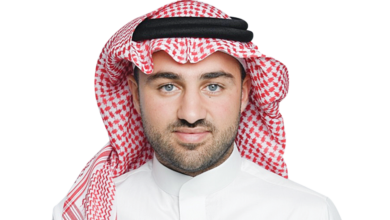