The southern African Kingdom of Eswatini is overhauling its tax system and reducing its debt arrears as it seeks to shore up its finances amid the coronavirus pandemic.

The landlocked nation intends introducing new levies to increase its tax take and bring more individuals and entities into the net, Finance Minister Neal Rijkenberg said in an interview.

The government estimates that the so-called “shadow economy” of illicit and informal activity, accounts for about 40% of output and isn’t factored into the national accounts. That meant gross domestic product of 68 billion emalangeni ($4.5 billion) was probably understated by about 27 billion emalangeni in 2019.

Consumption taxes, which limit the scope for evasion, are on the cards. The government is also considering imposing turnover duties and using indirect means to assess how much smaller firms should pay, rather than relying on their annual financial statements.

“If you use fuel, you are going to pay a fuel tax,” Rijkenberg said. “Even if you are not paying companies tax or pay-as-you-earn tax, one still ends up paying those kind of taxes.”

The maximum marginal income tax rate is likely to be raised to 36% from 33%, and the minimum tax threshold increased — a move seen as necessary to address yawning income inequality.

“Currently people start paying PAYE tax from around 3,000 emalangeni a month in Eswatini” and that needs to be adjusted, said Rijkenberg, who founded timber company Montigny Investments Ltd. and was appointed to his current post in November 2018.

Eswatini, a nation of 1.2 million people bordering on South Africa and Mozambique, has been led by King Mswati III since 1986 and was previously known as Swaziland before changing its official name in 2018. It forms part of a customs union with South Africa and pegs its currency to the rand.

The government previously announced plans to lower the corporate tax rate to 12.5%, from 27.5%, to attract investment and create jobs. Enabling legislation will be presented to parliament within the next few months, but a four-year timeline for reducing the rate may be extended due to the adverse effect the coronavirus has had on state revenue, according to the finance minister.

The pandemic saw Eswatini secure budgetary support from development institutions, including the International Monetary Fund which granted it $110.4 million in emergency funding last year. Part of the funding and money freed up through cost cutting has been used to reduce the nation’s arrears on outstanding debt.

Eswatini’s economy probably contracted 2.4% last year, less than the 5.6% that was previously forecast, while a 2.7% expansion is expected this year, according to the minister. 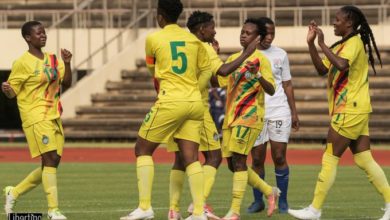 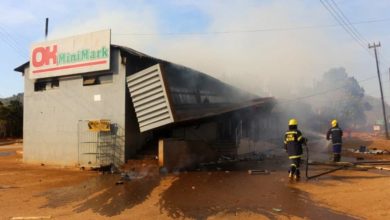