Eswatini (or eSwatini) was one of the last countries in the world to abolish an almost complete monopoly in all sectors of its telecom market. Until 2011 the state-owned Eswatini Posts and Telecommunications also acted as the industry regulator and had a stake in the country’s sole mobile network, in an uneasy partnership with MTN Eswatini.

A new independent regulatory authority was established in late 2013 and has since embarked on significant changes to the telecom sector. Eswatini Telecom was provided with a unified licence in early 2016, while MTN Eswatini secured spectrum in the 1800MHz band to provide LTE services. Eswatini Mobile has launched GSM, 3G and LTE services, supported by a network sharing agreement with MTN Eswatini.

Mobile market penetration in Eswatini is well above the average for the region, though this is largely due to subscribers taking SIM cards from both networks in order to access cheaper on-net calls. Subscriber growth has slowed in recent years and has been affected by the economic slow-down resulting from the Covid-19 pandemic.

The internet sector has been open to competition with a small number of licensed ISPs, but prices have remained high and market penetration relatively low. One provider still controls an 80% of the market. Although DSL services were introduced in 2008, development of the sector has been hampered by the limited fixed-line infrastructure and a lack of competition in the access and backbone network.

Eswatini is landlocked and so depends on neighbouring countries for international fibre bandwidth. This has meant that access pricing is relatively high, though prices have fallen more recently in line with greater bandwidth availability resulting from several new submarine fibre optic cable systems that have reached the region in recent years. In addition, Paratus in September 2020 completed a terrestrial cable linking Mozambique with South Africa and running through Eswatini.

BuddeComm notes that the outbreak of the Coronavirus has had a significant impact on production and supply chains globally. During the coming year the telecoms sector to various degrees is likely to experience a downturn in mobile device production, while it may also be difficult for network operators to manage workflows when maintaining and upgrading existing infrastructure. Overall progress towards 5G may be postponed or slowed down in some countries.

On the consumer side, spending on telecoms services and devices is under pressure from the financial effect of large-scale job losses and the consequent restriction on disposable incomes. However, the crucial nature of telecom services, both for general communication as well as a tool for home-working, will offset such pressures. In many markets the net effect should be a steady though reduced increased in subscriber growth.

Although it is challenging to predict and interpret the long-term impacts of the crisis as it develops, these have been acknowledged in the industry forecasts contained in this report.

The report also covers the responses of the telecom operators as well as government agencies and regulators as they react to the crisis to ensure that citizens can continue to make optimum use of telecom services. This can be reflected in subsidy schemes and the promotion of tele-health and tele-education, among other solutions.

Get a Full Copy of this Report

The above article is a summary of the following BuddeCom report:

For more information or to purchase a copy of the full report please use the following link: https://www.budde.com.au/Research/Eswatini-Swaziland-Telecoms-Mobile-and-Broadband-Statistics-and-Analyses/?r=83 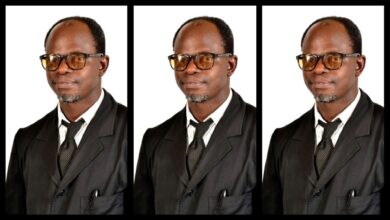 ‘We are caught between hope and fear’ — Thulani M…