A joint investigation by the Sunday Independent and eSwatini newspaper, Swaziland News has established that Dlamini was until recently in possession of illegally obtained South African citizenship and documents.

It’s unclear when and how the documents were acquired, but an investigation by the Department of Home Affairs later established that Dlamini’s ID and passport had been “obtained illegally”.

According to a report compiled by home affairs investigators and seen by the Sunday Independent, the documents were subsequently “blocked and deleted from the system of the department in 2019.”

Dlamini is an influential member of the royal family in eSwatini. The former CEO of MTN eSwatini was appointed as the 8th prime minister by his Majesty King Mswati III in October 2018. According to eSwatini oral history, Dlamini’s great-grandfather, Prince Malunge, was one of the people who helped to raise King Sobuza, the father of King Mswati.

Dlamini this week failed to answer eight specific questions about his South African citizenship and documents. However, he admitted through acting government spokesperson, Sabelo Dlamini, that he used to be in possession of South African ID and passport.

”This serves to clarify that his excellency the prime minister was in possession of a valid South African Identity Document and passport which has not been in use since his return to the kingdom in 2000. In November 2018, the prime minister applied for a renunciation of his South African citizenship which process was finalised last year. After finalisation of the process, his excellency no longer holds a South African Identity and passport. The process was undertaken formally through diplomatic channels,” said Sabelo, who avoided direct questions.

But diplomatic sources claim that Dlamini was allegedly busted with his fraudulent documents. He then allegedly pleaded with senior South African government officials as well as the Department of Home Affairs bosses not to ban him from entering South Africa.

Siya Qoza, spokesperson for the Department of Home Affairs, this week also failed to answer questions about the department’s investigation into Dlamini’s documents.

”Your questions relate to information of a third party. We can’t comment because engagements between the Department of Home Affairs and individuals are confidential.” Qoza said.

The joint investigation between Sunday Independent and Swaziland News has also established that the Dlamini matter was handled by the highest authorities in South Africa and kept under wraps to protect him.

Spokesperson for the Young Community League of South Africa (YCLSA), Dloze Matooane, said they would make sure that Dlamini was banned from entering South Africa for his alleged crime.

“South Africa is a democratic country and therefore it is absolutely wrong for the department of Home Affairs to treat eSwatini prime minister as a special case compared to other similar cases,”  Matooabe said.

“As much as other ordinary citizens who committed such a crime were banned from entering South Africa, the same should apply to the current eSwatini Prime Minister Ambrose Dlamini.”

Cosatu president Zingiswa Losi said her organization would engage the government on the status of the matter before commenting publicly.

“As Cosatu we will have to get the full story and check with our government on the evidence presented then comment,” she said.

However, Mbongwa Dlamini, the president of the Swaziland National Association of Teachers (SNAT) has urged the South African government to ban Dlamini from setting foot in Africa’s most advanced economy.

“South Africa is a country known for upholding the rule of law and we expect the Prime Minister to be dealt with in accordance with the law for forging the ID. The law should be applied to anyone who commits a crime regardless of status in society” Mbongwa said.

“As Pudemo we believe this is eye opening for the people of Swaziland that the King always appoints individuals who are not credible but are portrayed as God fearing by the media. This reflects back to His Majesty that he associates himself with people who are not credible, and we hope Swazis will eventually see that the future of this country is uncertain under the hands of such leaders whose integrity remains questionable.”

Dlamini, is married to Portia Thwala- Dlamini, a Swazi citizen. He was the head of MTN in eSwatini from 2010 until his appointment as the prime minister in 2018.  King Mswati III is a 10% shareholder in eSwatini MTN. The king also has full control of the 41% shares owned by the eSwatini Post and Telecommunication Corporations(EPTC) in MTN. Dlamini used to work for ABSA in South Africa in the late 90s before returning to Swaziland in 2000. 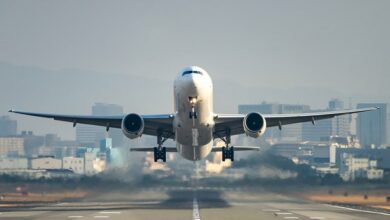 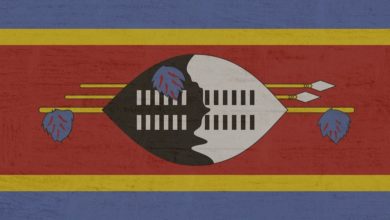 Swaziland: More Swaziland Police Violence As They Break Up Gatherings During Coronavirus Crackdown 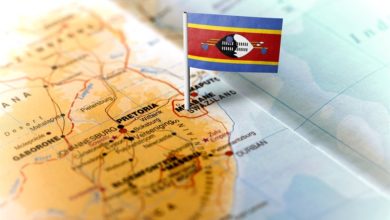