Khosi Dlamini has told Eyewitness News that while the numbers had gone down compared to last week, patients who were brought in at the height of protests were only stabilised and many were yet to go to theatre.

Eswatini soldiers and police officers are seen on the streets near the Oshoek Border Post between Eswatini and South Africa on 1 July 2021. Picture: AFP

JOHANNESBURG – A nurse who has been treating gunshot patients at the Mbabane Government Hospital in eSwatini said many had still not been operated on because the number of protesters who’d been brought in had overwhelmed doctors.

Khosi Dlamini has on Tuesday told Eyewitness News that while the numbers had gone down compared to last week, patients who were brought in at the height of protests were only stabilised and many were yet to go to theatre.

She said some of the patients who were shot, allegedly by police and the army, were as young as 16 and many would probably never walk again.

The government said it was still investigating but unconfirmed reports suggest at least 40 people have been killed and scores wounded.

“For example, they were was shot in the lower body the femur, the thigh muscles, such that the joint was destroyed. Some of them were shot by the knees, some of them are short by the ankles,” said Khosi Dlamini who is a nurse who’s seen countless patients, but many are yet to be treated.

“There is a backlog and it’s bad, there’s a shortage of doctors and there’s a shortage of nurses. So most of these people were just admitted, the bullets were taken out with those that it was easy to take them out to manage the some of the symptoms. Some of them are still on the waiting list in the public health hospital. They are waiting to go through for operations,” she said.

Dlamini said new patients that were coming in had to join the waiting list for theater, and many may have lost their ability to walk.

“Some will walk but will have difficulty of walking, some of them after surgery may find that they may be amputated,” she added.

Dlamini said some of the patients were bystanders who were going about their daily lives, and were caught in the crossfire. 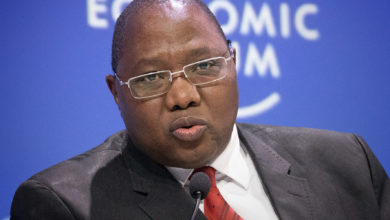 Here’s what we know about the eSwatini protests so far