For many people in Zimbabwe and other parts of Africa, chewing raw sugarcane stalks as a snack is a popular habit.

It has a naturally sweet taste and before consumption, one would ensure that the tough skin around the stalk has been removed.

Sugarcane is a type of perennial grass and its stem is known as a natural source of sugar.

Removing the tough skin around the stalk is a problem for most “MaSalads or MaSalala” — people who are often seen as snobbish and lacking the stamina of the rigours of traditional rural life.

A Harare start-up entrepreneur — Maximos Kwenda has come up with a novel idea to make life easy for consumers of raw sugar cane stalks.

He is now making peeled and ready to eat sugar cane bites which can quench one’s thirst and enhance the pleasure of chewing sugarcane refreshing and energising without the hassle of removing the tough skin around the stalk.

With his innovation, people can consume sugarcane even in public or while attending to some chores.

The product which he named Sugarcane Bites is new on the market, but a number of customers have welcomed the creativity and Mr Kwenda is looking forward to establishing export markets.

He said the processing of sugarcane into small portions that can be consumed easily came as a way of solving a challenge, but later on became an income generating project.

The process involves cleaning the sugarcane to remove the dirt before peeling using a peeler or electric cutter.

“My family loves sugarcane and we usually eat sugarcane after dinner,” said Mr Kwenda. “I used to peel the sugarcane for my family. When you peel sugarcane with your teeth, you get injuries inside your mouth, which was the first challenge and reason why everyone at home wanted me to peel for them.

“The other problem was that I would peel the first piece and give it to my last born, the next piece to my first born and the next piece to my wife and then the last piece for me. But by the time I finish peeling the fourth piece, my piece, the kids would have already finished theirs and they would be looking at me for another piece.

At first, Mr Kwenda used to cut the sugarcane into small sticks in the shape of fresh chips and dried some.

He first gave it for free to people in his Waterfalls neighbourhood to get feedback.

Mr Kwenda got a positive feedback as some of the people even offered to buy the sugar cane bites.

He later used shapes of cookies which was approved by neighbours and he tried supplying local retailers.

Mr Kwenda started the business in May this year by supplying a major supermarket in Harare where he got a positive feedback from the customers.

“I get my sugarcane from Honde Valley in Mutare and sometimes I buy from Mbare Musika,” he said. “I am not a farmer as I am just doing value addition on this product that I know is loved by many.

“The response has been amazing, people who have tasted the product are so much in love with the sugarcane bites. Although uptake is still low, I am humbled by the support from local shops and some individuals who are re-selling the sugarcane bites.”

The entrepreneur said the advantage of his product was that it was a natural sugar and therefore healthy.

Mr Kwenda said he had received enquiries from people outside the country who wanted his product and he was thinking of establishing export markets.

He said the business was going to make an impact on farmers in that there will be huge demand of the product and therefore they will be guaranteed of competitive process.

It has not been easy for Mr Kwenda to penetrate the market as some retailers are hesitant to support budding entrepreneurs.

“A lot of people are inspired by this simple innovation, especially the business aspect of it,” he said. “An innovator is not paid for their labour or how difficult their innovation is. An innovator is paid for having a vision and working on it until it becomes a reality that everyone understands and relates to, that’s what is worth paying for.

“My vision is to see this become the new norm, the new way sugarcane is consumed across the country and also be able to supply this outside our borders.

“I urge others to be innovative and creative. Start from where you are and with what you have. You can start from anywhere along the value chain. If you want to create new things, do that. If you can’t then be innovative with what is already there.”

Step-by-step, Mr Kwenda is establishing himself.  “I cut the sugarcane into bite size using knife or electric cutter and pack the bites into a punnet, cling wrap and deliver the order,” he said.

“We expect to supply every supermarket in the country and the demand to be around 5 000 or 20 000 punnets per week. To meet the demand, we will hire some people and also buy appropriate equipment to mechanise some of the current manual processes.”

Fresh sugarcane is used in a number of cuisines around the world and can be consumed fresh in stalks or, more commonly, as a refined sugar or a juice.

Sugarcane, particularly when it has not undergone a heavy refinement process, offers a number of nutritional benefits, making it a healthy alternative to refined white sugar.

When raw, sugarcane is a naturally low-cholesterol, low-sodium food that contains no saturated fats. It maintains the highest amount of the plant’s natural vitamins and minerals. When not refined and heavily processed, some health experts say raw sugar cane can be used as a remedy for various ailments such as haemorrhage (bleeding), inflammation, jaundice (liver problems that result in skin and whites of eyes turning yellow) and urinary tract problems.

Chewing sugarcane or consuming sugarcane water or syrup can also provide a boost of antioxidants, along with providing benefits to pregnant women and diabetic patients. 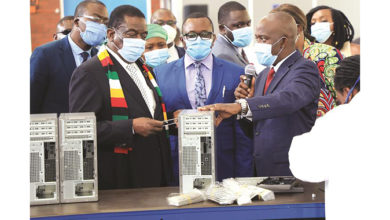