London, Apr 17 (IANS): England’s coronavirus reproduction number, also known as the R number, has dropped slightly to between 0.7 and one, the latest official data revealed.

The number was down from between 0.8 and one in the previous week, Xinhua news agency quoted the government’s Scientific Advisory Group for Emergencies (SAGE) as saying on Friday.

The R number represents the average number of people a person with the virus goes on to infect.

The current figure means that every 10 people will infect between seven and 10 other people on average.

When the figure is above one, an outbreak can grow exponentially.

Scientists have not agreed on a Britain-wide R number this week as they said country-wide estimates are now less meaningful and may not accurately reflect the current situation.

Meanwhile, official figures showed the percentage of people testing positive for Covid-19 has also fallen across Britain and the number of infections per population is also tumbling.

Around one in 480 people in England are estimated to have had coronavirus in the week ending April 10, down from one in 340 the previous week, the Office for National Statistics (ONS) said.

It is the lowest figure since the week to Sept. 19 last year.

As England further eases its lockdown, all shops reopened from Monday along with hairdressers, beauty salons and other close-contact services.

Restaurants and pubs were allowed to serve food and alcohol to customers sitting outdoors.

More than 32.5 million people in Britain have been given the first jab of the coronavirus vaccine, according to the latest official figures.

About 45% of adults have received first dose of vaccine, Paul Reid says 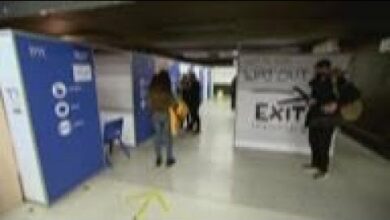 Childhood cancer: Find support for you and your child