Marethabile Mokitimi feeds about 20 members of her extended family, although most of her biological children are now married. Much of the food is from her farm, Marethabile also buys extra items, to give the family a balanced diet.

Marethabile and her husband primarily earn a living through farming in Matelile, Mafeteng district. She grows potatoes, maize, beans, and sorghum on her 26 acres of land both to eat at home and to sell to increase her income. Her area, Matelile, is especially good for potato production.

But the outbreak of COVID-19 affected her farming.

“We had harvested the previous season, so when COVID-19 struck there were few seeds left and low quantities of fertilizer. We planted, but we could not harvest enough to sell, and lacked money to import more seeds and other agricultural inputs, in addition hiring tractors and animals to plough was a challenge,” said Marethabile.

However, there was another challenge in accessing seeds. Like other farmers in Lesotho, Marethabile imports potato seeds and other agricultural inputs from neighboring South Africa, as the local seeds multipliers cannot meet the demand in her country.

“During the COVID-19 pandemic getting seeds and other agricultural inputs was difficult. South Africa closed the borders, and we were unable to get anything. If support from FAO had not come through then”, said Marethabile, “many people would have experienced serious hunger,” she added.

The Lesotho Vulnerability Assessment (August 2021) projected that 179 000 people – 12 percent of the population – in phase 3 and above of the food insecurity Integrated Phase Classification (IPC) in the period (July to September 2021) and 312 000 people – 21 percent of the population – are projected to be food insecure during the period October 2021 to March 2022 as a result of the COVID-19 impact.

Supporting rural and urban farmers to build back better

In November last year, Marethabile received 30 bags of 25 kilos of potato seeds and 6 bags of 50 kilos of basal fertilizer from FAO under the project “Special Programme for Food Security in Response to the Impacts of COVID 19 in Lesotho” funded by the Government of Lesotho and the World Bank.

The emergency project aims to protect agricultural livelihoods and ensuring that households produce their own food during the time of COVID-19 pandemic. A total of 1 064 farming households grouped under Potato Lesotho Association across the country are targeted.

The farmers harvested the potatoes this year and were able to have enough food for their households and sell for incomes. They even saved some potatoes as seeds for the approaching 2021/2022 growing season.

“The seeds we received were of high quality they gave us good yields. We had food and we even gave some to our neighbors who were starving. When we harvested, we had many people coming to buy so much so that we could not satisfy the demand. I want to use the money I got from my potato production to renovate my house, and buy more agricultural inputs,” said Marethabile.

Ready for the planting season

Most of Lesotho’s people engage in subsistence farming, so during the project implementation more potato seeds are being distributed to keep the domestic food supply chain alive and functioning.

Boiketlo Maseela is a married 27-year-old farmer in Ha seeiso village who takes care of seven family members. He was also impacted by COVID-19 as he couldn’t go look for casual labor and many people had lost their jobs as the economy withered.

With the cropping season soon starting in full in most parts of Lesotho, farmers are now preparing their farm fields.

Boiketlo’s is one of the households receiving potato seeds and inputs in the second round of distribution by FAO.

“These potato seeds and inputs have come on time before the planting season begins. We have received a good variety of potato which we expect to give us better yields to improve the food and nutrition of our families. Generating income from the production will help me keep my child in school, buy uniform and start up other income generating projects,” said Boiketlo.

Marethabile says the situation has enforced people’s resolve to start local breeding themselves. She says they will need capacities in seed multiplication.

The project is targeting over 56 000 households with different interventions that include homestead garden vegetable production for a nutritious balanced diet, Micro drip irrigation kits and a plastic tank to allow them to access water; field crop seeds mainly maize, beans and peas for winter and summer cropping.

More farmers will also receive animal health services especially vaccination against anthrax and rabies and also fodder seeds to support them in producing fodder for livestock and to boost overall livestock productivity.

Distributed by APO Group on behalf of FAO Regional Office for Africa.

How to survive in a blizzard 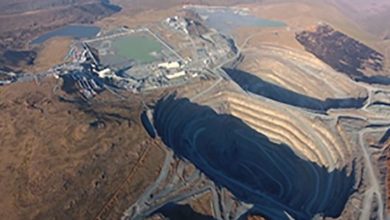 Letseng mine to continue amid Lesotho lockdown 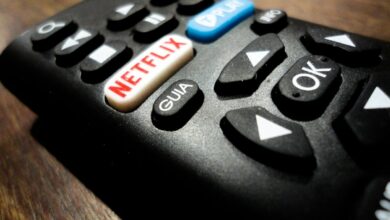