The Faroese language is close to Icelandic, with its own alphabet of 29 letters including the slightly confusing ð (edd), which is almost always silent but occurs in many words. Watch out for words beginning with “hv”, which sounds more like “kv”, and “sk” which is more like “sh”. Oh, and there are three genders and four cases, so for English speakers the grammar can be challenging.

The Faroese name for the archipelago is Føroyar, from the Old Norse for sheep – fær and oyar (islands). It’s pronounced a bit like furr-ee-yar. The islands may be a self-governing nation within the Danish kingdom, but the islanders don’t consider themselves Danish. Of 18 major islands, 17 are inhabited. Tourism has doubled in the past five years, and Instagram has made some sites famous – like Sørvágsvatn, the lake that seems suspended above the ocean; and Múlafossur, a waterfall that spouts into the sea. Both are on Vágar and within a 15-minute drive of the airport. As the raven flies, the islands are 209 miles from Shetland. The national airline is Atlantic Airways and in July it will recommence twice-weekly flights from Edinburgh. Currently, access is via Copenhagen.

Pack a raincoat (but not an umbrella)

Rain is expected somewhere in the islands 300 days a year and totals about 1,300mm (52 inches). The temperature doesn’t drop much below zero in winter, but doesn’t usually get much above 16C in summer, although you can be lucky if the wind drops. On Boxing Day 2016 a hurricane registered gusts of 176 miles an hour – one of the highest speeds ever recorded in Europe. Summer days are very long, and everyone likes to party.

A wartime pal of Britain

During the second world war, the Faroes were occupied by British troops, who introduced Cadbury’s chocolate, Typhoo Tea and Viscount biscuits, which remain favourites to this day. About 180 Faroese women married the mainly Scottish servicemen. Also during the war, Faroese boats supplied significant quantities of fish to British ports, a dangerous exploit. In 1940 Winston Churchill recognised the Faroese flag, which had been banned by Denmark, and after the war it became the official symbol of the islands.

It’s ‘big’ in football and science

The country’s small size means the Faroese rank at the top of some interesting tables. They have one Nobel prize winner – Niels Ryberg Finsen (medicine, 1903, for his work on light therapy for skin diseases) – which means the country has the highest number of Nobel winners per capita in the world. The same statistical trickery means Faroes has the highest number of Fifa points per capita (416) even though the men’s team is 113th and the women’s 93rd on Fifa world rankings. The men famously beat Greece twice in the Euro 2016 qualifiers – two of the biggest upsets ever in Fifa-ranked matches since Greece were ranked 18th and the Faroes then 187th. They’ve also beaten Canada, Malta, Moldova, Estonia and Austria and have drawn against Northern Ireland, Hungary and Scotland.

There’s a roundabout under the sea

In 2020 an 11km undersea tunnel was completed, linking the large islands of Eysturoy and Streymoy, and incorporating the first roundabout built beneath the North Atlantic. This is the longest of 14 tunnels through mountains and under water that allow easy communication across the archipelago. Wifi is available in the tunnels, and even small villages have faster connections than most of London.

The islands’s unique climate has allowed a very particular food culture to develop. Although it’s wet and windy, the archipelago is warmed by the Gulf Stream and doesn’t get much snow. Meat – mostly lamb – is air dried, and undergoes a long fermentation process in sheds with louvred walls that allow the wind to whip through. The taste is quite “cheesy” but you must never describe it as “rotten”. After a few months it goes very dark, and develops an attractive bacterial bloom. It’s called skerpikjøt (sounds like “shush-per-jot”) and has a unique umami flavour. One local chef, Poul Andrias Ziska, has been awarded two Michelin stars for his modern interpretations of traditional ingredients at Koks restaurant.

If you want to blend in, buy a jumper. There are officially more than 300 names for Faroese knitwear patterns, which may be in white, black or “red” (really, a rich brown). The wool is very high in lanolin, making it ideal protection for those windy mountainsides. Faroese socks were favourites with Napoleonic soldiers. The sheep get everywhere, and the oldest existing document in the Faroes is the Sheep Letter – a set of laws and rules about sheep farming written in 1298.

The love of live music

The Faroes have a very lively music scene and the G! Festival attracts international artists to perform on the beach at Gøta, on Eysturoy. Anything goes: contemporary folk, rap, Viking metal, techno and soul are all popular. Traditional ballads – kvædi – are an ancient art form and provide the rhythm for the national “chain dance”. At National Day celebrations in July, up to 2,000 people will link arms to dance together. It’s typical of the Faroes’ community spirit.

Tim Ecott is the author of The Land of Maybe: A Faroe Islands Year

Dust Streams from the Namibian Coast 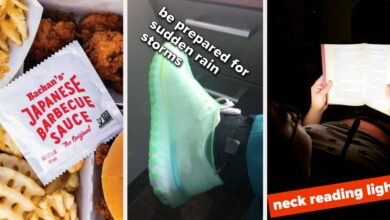 Paris to Berlin in an hour: Welcome to the future of high-speed rail travel in Europe 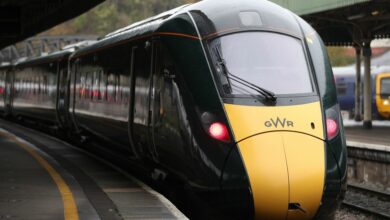