The eight people, who were apprehended attempting to enter South Africa illegally at OR Tambo International, were denied entry into the country and deported the same day.

The four Bangladeshi and four Pakistani nationals were placed back on the Qatar Airways flight, on which they had arrived from Doha to South Africa.

On Saturday, during a media briefing, Minister of Home Affairs Aaron Motsoaledi said the eight were supposed to have transited at the airport and travelled on to a country of their destination, but had decided to remain in South Africa.

They were seen and then followed by a police officer stationed at the airport.

They were caught red-handed attempting to gain entry into the country through a network of tunnels, via a fire prevention system, at the airport.

The SAPS caught Eight illegal migrants from Bangladesh and Pakistan entering South Africa through an unapproved passage in the pipes at O.R Tambo International Airport,Kempton park,Johannesburg.Updates with LolahM pic.twitter.com/KB79VtbA6B

Video footage shows a police officer helping one out of the tunnels to join the others, who were lying on the ground after being caught.

According to Motsoaledi, the eight were detained and interrogated for eight hours before it was discovered that they attempted to remain in South Africa illegally as the country did not require a transit visa.

“Because South Africa does not have transit visas, it has made it easy for illegal foreigners to make their way illegally into the country,” Motsoaledi said.

As a result, the department has resolved to bolster this loophole in the system.

Motsoaledi said anyone who transits in South Africa would now be required to present a transit visa.

A home affairs department spokesperson, Siyabulela Qoza, said that, before the eight were deported, they were taken in for questioning by the relevant security agencies to understand their purpose for attempting entry into South Africa.

“They were denied entry and, while awaiting the flights, they were placed in the inadmissible facility, which is not managed by home affairs.

“The last of the eight returned to their country of origin on 18 June,” he said. 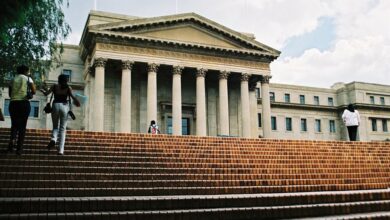 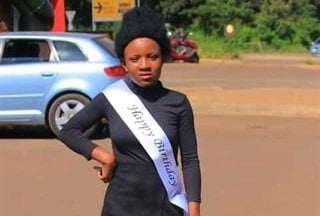 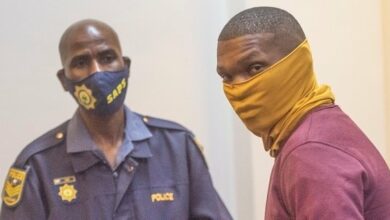 Meghan Cremer murder accused claims to have taken her car for a joyride, not knowing it was hers