Zimbabwe’s national vaccination programme against Covid-19 is one of the best in Africa, with only Seychelles, Mauritius and Morocco having vaccinated a higher percentage of their populations.

It has even reached the stage where South Africans are now commenting that Zimbabwe “seems to be doing so much better than us” since the Zimbabwean percentage is about five times that in South Africa and even the absolute number of jabs is higher.

This is partly because South Africa initially selected a very specific live vaccine that was found to give lowish immunity rates against the new South African variant, requiring a major switch.

The inert vaccines that Zimbabwe selected, which generate antibodies against the whole protein coat of the original variant, are far more likely to be effective against new variants since mutations only affect part of the coat. Live vaccines target just a section of the coat, and if that section contains most of the mutation changes then there can be problems.

Zimbabwe by Saturday had given 579 769 people their first jab and 213 542 their second. We have in fact used significantly more doses of vaccine that we have used test kits, and that counts all  three of our tests.

But we have a very long way to go and the growing complacency among too many people is worrying.

We have all heard about the terrible third wave that has hit a large part of India. That wave has been caused largely by complacency, according to medical experts, although a couple of new more infectious variants have contributed. But that Indian wave started when India’s vaccination rate, as a percentage of its huge population, was roughly where Zimbabwe is now.

More worryingly Seychelles, with more than 60 percent of its population vaccinated and so not just Africa’s leader but a world leader in terms of percentage, and Chile, easily the best in Latin America, are now also reporting huge surges in infections. And in both cases this is almost entirely due to premature relaxation in lockdown restrictions and massive complacency among the population.

We hear a lot about “herd immunity”. This is a technical term used by public health experts. It does not mean that no one can be infected. What it does mean is that a chain of infection will quickly die out since most infected people will not be closely associated with others who are yet to gain immunity.

The percentage of a population that has to be immune varies according to the disease. It is 95 percent for measles, for example, but only 80 percent for polio.

The estimate of 60 percent to 70 percent for Covid-19 was made fairly early on and based on the best available data. But no one knows for sure.

There are several factors that could change that estimate. First there is the actual environment, how crowded people are, for example, since the more crowding the higher the herd immunity percentage must be. Then we have the distribution of the immune: are they roughly spaced out or are there clumps, communities with very high rates of immunity and communities with far lower rates making up that percentage.

Then we have other factors. The Seychelles outbreak is partly due to the fact that Seychelles, heavily reliant on international tourism, has been keeping borders open. That keeps a trickle of new infections continually arriving.

A fairly appalling statistic has come from the US, where surveys have found that those who are not vaccinated and have no intention of seeking vaccination are almost twice as likely to travel or join large crowds than the vaccinated.

Admittedly the anti-vaxer movement in the US has political connotations, but it does appear that those who downplay Covid-19 to the extent that they decline vaccination will also downplay the dangers of unrestricted movement. And that can worry the planet.

As the World Health Orgnisation has stressed, no one is safe until everyone is safe, and President Mnangagwa has used that mantra when he has been very careful to set strict conditions for movement inside Zimbabwe and even more so for movement into Zimbabwe.

Another factor, when we start equating immunity levels with vaccination levels, is the effectiveness of each vaccine. Statistics are building up, but no vaccine is 100 percent effective or comes even close. The vaccines Zimbabwe uses are around 80 percent effective.

No doubt as we continue our programme, and with just under two percent of Zimbabweans fully vaccinated with both jabs we are far from approaching the original estimate, we will be using the latest WHO estimates as we progress.

But what has become obvious as global vaccination rates rise, is that infection rates do fall fast and significantly as vaccination rates rise in most countries, but, and this is a very big but, the basic precautions of social distancing, masking, sanitising, temperature testing, crowd control and movement restrictions are maintained.

The examples of Chile and Seychelles shows what happens when you have one without the other.

So vaccination works, and works well, but until the entire global village has achieved vaccination levels high enough to give herd immunity and so give us the opening to declare Covid-19 extinct, it looks as though we all have to maintain our guard, nationally and internationally.

And that means Zimbabwe has to maintain its guard, and Zimbabweans need to maintain their guard.

Zimbabwe, with a Government that was ready to combat both waves we have experienced promptly and swiftly, has avoided the worst of the pandemic.

But for the rest of this year and much of next year we are going to have to press forward on both programmes: vaccinate as many people as possible and maintain our restrictions, which are now modest enough to keep the economy open but which require every Zimbabwean, every day, to exercise personal responsibility.

Trevor Noah and Minka Kelly 'Have Broken Up,' Source Says 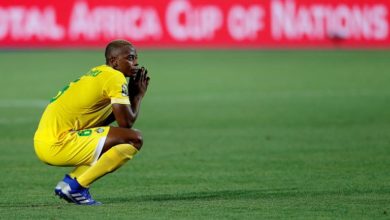 What Does 2021 Hold for the Zimbabwe National Football Team? 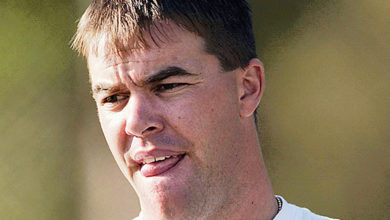