Johnson appeared in a short spot on TBS for Black Adam, and also posted on Instagram and Twitter as well (see below) showing digital screens in NYC’s Times Square ablaze with the release date.

“The Hierarchy of Power in the DC Universe is about to Change,” declared Dwayne Johnson in the TBS spot.

Johnson also took a fun jab at NCAA sportscaster and former 11-time NBA All-Star Charles Barkley, who is an Alabama native and an Auburn University alum: “And Chuck: There is nothing I can do for an Auburn guy who picks Alabama to go to the Final 4.” Johnson made the tease just before the UCLA vs. Alabama game today.

“He’s been mad since I’ve been a stunt double in movies for a long time,” Barkley told his fellow NCAA sportscasters after the spot, adding, “If Alabama makes it to the Final 4, I’m brining a Houndstooth hat and wearin’ it! Roll Tide!”

While Warner Bros. 2021 theatrical slate is going in theaters and on HBO Max day-and-date, the major studio recently hammered a 45-day exclusive theatrical window with No. 2 U.S. exhibitor Regal for their 2022 slate. The news last week indicated that Warner Bros. was returning to a theatrical distribution first window plan for their movies before they arrive on their streaming service.

Warner Bros. had the Aug. 5-7, 2022 weekend RSVP’ed for an event film. I gotta think they lose that date now since Black Adam is going a weekend before. Interestingly enough, Disney already has Indiana Jones 5 on July 29 next year.

Let the blinking contest between the Rock and Indy commence. 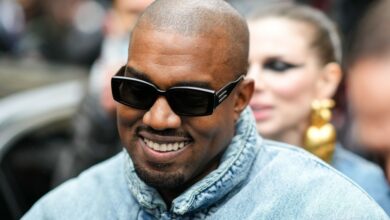 Rihanna: A$AP Rocky says he and the singer are dating 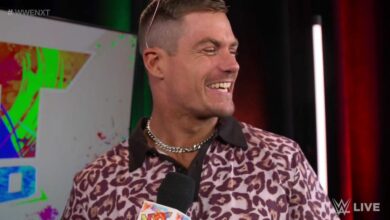 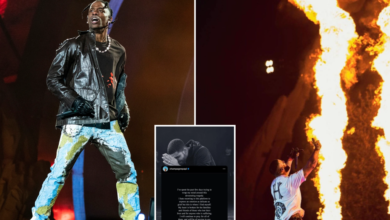