EXCLUSIVE: Disney’s Jungle Cruise will debut in theaters and Disney+ Premier on July 30.

We were hearing whispers yesterday that this was bound to happen before Disney’s earnings call. The Dwayne Johnson-Emily Blunt movie based on the Disney theme park attraction is a big tentpole and franchise starter for the studio.

Disney+ Premier means that the movie will be available for in-home purchase to Disney+ subscribers for $29.99 in those territories which have the streaming service. Previously, it looked like the Jaume Collet-Serra directed movie was destined strictly for theaters.

Johnson also made the news official this AM before Disney’s earning call today at 4:30pm EST.

I hear from those close to the filmmaking team that Disney presented them with options for the release of the movie. The decision to go theaters and in homes at the same time stemmed from the continued closure of offshore markets such as Europe and Brazil due to the pandemic; this despite the fact that Europe is reopening as soon as next month. Major provinces in Canada remain closed and won’t possibly see theaters reopening until mid-June.

Despite Disney’s continued experimentation with putting movies out in theaters and Disney+, I hear from sources that it’s just temporary, even though Jungle Cruise is the fourth movie after Raya and the Last Dragon, Cruella and Marvel’s Black Widow to be released in theaters and Disney+ Premier. Apparently, Disney does seek to revive the theatrical business is what I’m hearing. No. 3 exhibitor Cinemark, which refused to play Raya over its opening weekend due to stiff terms from Disney, has come around and made a deal with the Burbank, CA lot, among other studios as announced last week. Raya is playing in Cinemark locations as we speak now, and the Texas-based circuit is booking Black Widow. Despite the domestic box office comeback that is expected this summer, it’s a hodge-podge of different types of releases with those respecting the theatrical window, Warner Bros. and HBO Max’s day-and-date titles, and the theatrical/Disney+ Premier simultaneous release of it all.

With China poised to see blackout of movies during July according to Nancy Tartaglione’s intel, the Rock here can still enjoy an August launch in the PRC with Jungle Cruise where he is huge.

Johnson wrote the following on his Instagram: “On JULY 30th JUNGLE CRUISE hits theaters AND your homes worldwide  It’s a pleasure to say WE’RE BACK IN THEATERS! And it’s a pleasure to say, WE WILL ALSO COME TO YOU!  Join my ace Emily Blunt (the female Indiana Jones) and myself on THE ADVENTURE OF A LIFETIME as our DISNEY’s JUNGLE CRUISE hits theaters and your living rooms ON THE SAME DAY – JULY 30th. The most important thing with our movie was to ALWAYS take care of families around the world by giving you options to watch it. Audience first. Let’s own our 2021 comeback as we get back into the swing of life – ALL ABOARD!! #JUNGLECRUISE #Disney. In theaters AND in your living rooms on Disney+ Premiere Access on JULY 30th!!! And a big @teremana toast of gratitude from deep in my bones to a 20 year career dream come true.”

Here’s everything we know about 2021 Emmy Awards 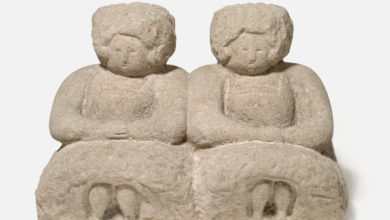 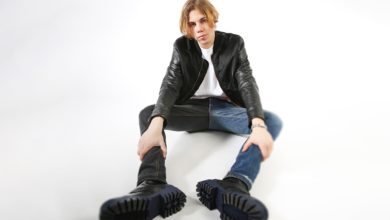