Ever since the first speed camera was installed in the UK back in 1991, many myths have developed surrounding how they work.

Depending on the type of camera, speed cameras record how fast a vehicle is going by using detectors in either the road or radar technology.

They were introduced to ensure motorists stayed within the legal driving limits to preserve people’s safety – and a study from London School of Economics conducted between 1992 – 2016 estimated that speed cameras reduced deaths from road accidents by between 58% – 68%.

READ MORE: Drivers warned that wearing sunglasses behind the wheel could lead to huge fine

How do speed cameras work?

The first camera type is still used today and is named the Gatso after Dutch rally-driving inventor Maurice Gatsonides. The Gatso is a type of fixed speed camera which means that it records the speed at which your car passes at a particular spot.

According to the AA, there are four different kinds of fixed speed cameras and these are mainly found in locations where it is vital that you slow down to preserve people’s safety – such as near a school crossing.

The other type of speed camera is a speed and traffic camera – which uses radar to capture how fast a driver is going.

The Liverpool Echo sends newsletters on a wide range of topics – including our daily news bulletin, now going out three times a day.

There are others on what’s on, politics, court news, Knowsley, Wirral, and arts & culture, as well as both Liverpool FC and Everton FC.

Signing up is free and it only takes a minute for you to get the biggest stories, sent straight to your inbox.

How to sign up for an Echo Email Update

1) Go to our dedicated newsletter page at this link.

2) Put your email in the box where indicated

3) Tick as many boxes as you like, for each newsletter you want.

4) Press Save changes and that’s it!

The AA have warned drivers to ignore dangerous common myths at how people can trick speed cameras.

The motoring association said: “You shouldn’t be trying to avoid getting caught. It’s safer for everyone to stick to the limits – and the law – by not speeding in the first place.”

One of the common myths the AA identified was the belief that you could fool the speed calculations on an average speed camera network by changing lanes.

The AA said: While older speed cameras could’ve been ‘tricked’, more advanced cameras now use multiple sets of cameras at each point to track all the lanes and compare average speeds.

Although the Department for Transport have revealed that all speed cameras are set to be painted yellow to improve visibility, the AA debunked another common myth that speed cameras need to be visible in order for the offender to be penalised.

The AA said: “Just because you didn’t see a speed camera clearly doesn’t mean the fine is invalid. They aren’t there to be spotted and dodged – the point of them is to encourage drivers to stick within the speed limit.”

What happens when you’re caught breaking the speed limit?

If your car is detected as breaking the legal limit, the speed camera will take a digital image of the vehicle including the colour, type, make and registration plate. The registered owner of the vehicle will then be sent a Notice of Intended Prosecution (NIP) within two weeks of being caught.

The NIP will also include a request to provide driver’s details and the AA have urged motorists to respond to this.

It said: “If the car’s owner wasn’t driving then they must let the police know the name and address of the person who was.

“Not all speed cameras take pictures of the driver’s face. This is why it’s important you respond to the NIP identifying the driver, because if someone else was driving your car, you risk being punished too.”

The minimum penalty for speeding is generally a £100 fine and three points on your licence. However, this can be escalated depending on how much you broke the speed limit by – or if you are a repeat offender.

Want to find out the latest news in your area? Enter your postcode on our In Your Area page here

UK speeding fines and penalties: what drivers need to know

Volkswagen Australia gets on front foot in ongoing supply delays 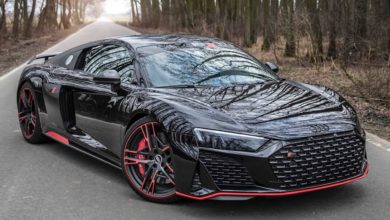