Witnesses have come forward in the first war crimes trial held in Liberia, against former rebel Gibril Massaquoi, to testify about alleged rape and ritual murder during the country’s brutal civil war.

Around a quarter of a million people were killed between 1989 to 2003 in a conflict marked by merciless violence and rape, often carried out by drugged-up child soldiers.

A Sierra Leone national, Massaquoi was a senior commander of the Revolutionary United Front (RUF), a Sierra Leone rebel group that also fought in Liberia.

The 51-year-old was arrested in Finland last March, where he had been living since 2008, after a rights group investigated his war record.

But in an unprecedented move, the Finnish court decamped to Liberia’s capital Monrovia on 23 February to hear witness testimony in the case.

Very few people have faced trial for war crimes committed in Liberia, and none inside the country itself: the Massaquoi war-crimes case is the first held on Liberian soil.

Witnesses in recent hearings have alleged that Massaquoi – whose nom de guerre was “Angel Gabriel” – was implicated in murder, rape and burnings.

One 34-year-old witness told the court on 9 March, for example, that the RUF commander drank a victim’s blood during unrest in Monrovia in the early 2000s.

RUF fighters captured him and several others in a central city market, said the witness, who is not named for security reasons.

Massaquoi then appeared and the fighters saluted him and hailed him as “Angel”.

“He asked them to bring his eating plate,” the witness said, referring to Massaquoi.

“He took the person who was sitting by me, put his neck on the plate, I was very afraid so I closed my eyes. His neck was cut off.”

Massaquoi allegedly drank the victim’s blood, and also poured some of it on a shrine as a ritual offering.

Hearings in the case are set to continue in Liberia for about another three weeks, said Tom Laitinen, a Finnish state prosecutor involved with the case.

The court will then move to neighbouring Sierra Leone.

In another account, a 63-year-old man told the court that Massaquoi’s fighters captured men from his northern Liberian village and burned them alive, although he could not remember the exact date.

“They were trying to shoot some people but the gun did not respond because God wanted to save lives,” the witness said.

The fighters believed a magical charm was protecting the villagers from bullets, he added, and so decided to immolate them.

“They burned about 120 persons in a house,” explained the witness, who added he managed to escape into the bush.

Former rebel Massaquoi himself provided evidence to the International Criminal Court (ICC) in 2003, for the separate civil war in neighbouring Sierra Leone.

The ex-RUF member received legal immunity for his role in Sierra Leone’s conflict in exchange for his evidence, and subsequently moved to Finland.

But he did not receive immunity for his alleged actions in Liberia, and Finnish police opened an investigation in 2018 after a probe by rights group Civitas Maxima.

Massaquoi’s lawyers have mounted a vigorous defence, however.

For many of the alleged abuses committed in northern Liberia, Massaquoi insists he was involved in peace negotiations elsewhere in the region at the time.

And in recent hearings in Monrovia, the defence attacked the reliability of the testimonies, with most witnesses making contradictory statements to the court.

One witness initially told Finnish police that he had seen six dead bodies linked to the case with his own eyes, for example, only to admit on the stand that someone had told him about the episode.

“Is it a habit in Liberia that when someone told you he or she saw something, it means you saw it?” one of the defence lawyer’s said.

We know this was a long read and your time is precious. Did you know you can now listen to articles? Subscribe to News24 for access to this exciting feature and more. 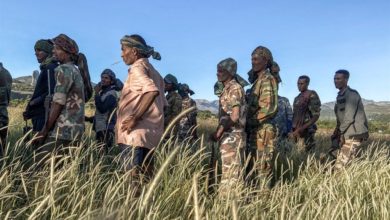 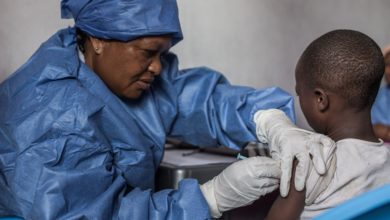 Amid fears of Ebola, West Africa records its highest number of Covid-19 deaths yet, says WHO 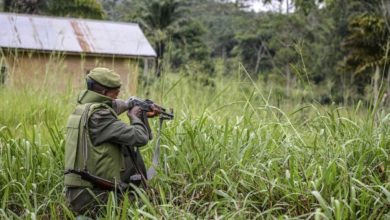