By Jo Tweedy For Mailonline

Good Morning Britain’s resident GP Dr Hilary Jones urged viewers to avoid ‘non essential’ travel this year in a heated early morning debate – but viewers pointed out that the doctor has a luxury cruise liner trip coming up himself.

The show’s long-time doctor appeared animated as he asked GMB‘s presenters: ‘Is a holiday really important, is it essential in a global pandemic?’

Dr Hilary told the show’s hosts Adil Ray and Susanna Reid that it was currently ‘not safe’ to holiday abroad, calling ‘non essential’ trips ‘a luxury’, and saying ‘it’s something people can do without in order to preserve life.’

Scroll down for video 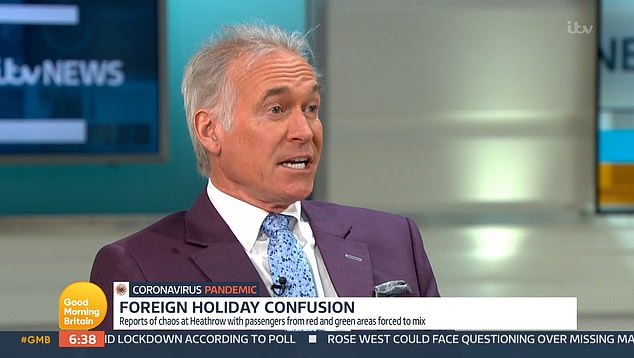 Rant: GMB GP Dr Hilary Jones had a heated discussion with presenters Adil Ray and Susanna Reid on Wednesday, telling them holidays were a ‘luxury’ and it was still ‘not safe’ for people to book holidays abroad

Susanna Reid hit back at Dr Hilary saying ‘There are a lot of NHS workers who deserve a holiday’ and suggesting that it wasn’t fair of the telly GP to ‘guilt-trip’ people about booking summer breaks on foreign soil.

On social media, some viewers pointed out that Dr Hilary Jones appeared to be booked to be a guest speaker for luxury cruise line company Cunard this summer.

The historic liner brand’s website confirms that Dr Hilary will travel in a working capacity on the Queen Elizabeth ship in August, sailing for seven nights around the British Isles on a round-trip from Southampton.

Speaking to MailOnline, Dr Hilary defended choosing to board the luxury liner, saying: ‘Later this year I am joining a domestic cruise in British waters which remains at sea throughout and does not call at any UK port let alone one abroad. It leaves from Southampton and returns there without stopping. 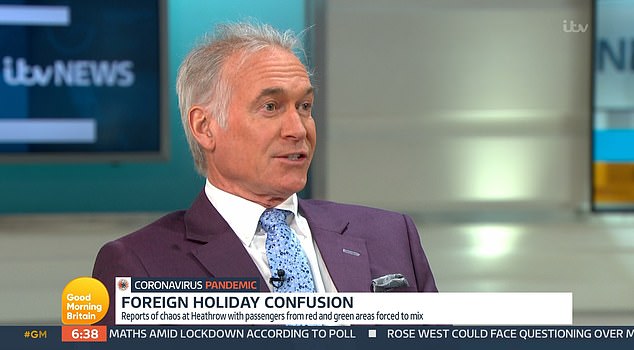 Travellers booking the Cunard Britannia cruise will pay from £799 to over £5,000 to sail in luxury, with one cabin type on the August 6th sailing already sold out

‘I am giving talks about my forthcoming novel called FRONTLINE and which is dedicated to frontline personnel during the pandemic of 1918 as well as those working in the NHS currently. Pleasant work of course but still work and a nice break for me after a year without one.’

He added that the safety precautions on board ‘are stringent’, with all passengers ‘twice vaccinated and tested prior to departure’, saying: ‘It will be one of the safest staycations I can conceive of and I would recommend it to anyone.’

On Twitter, many questioned Dr Hilary’s words. @get2lac asked: ‘#GMT Why is Dr Hilary telling us not to travel this year when he’s booked as a guest speaker on a cruise in August.’

When a fellow tweeter defended Dr Hilary saying the cruise would remain in the British isles during its eight-day sail, @get2lac hit back: ‘I’m aware of this – however, cruise ships were identified as breeding grounds for COVID in the early days with people locked in their rooms. Do you not think it’s highly hypocritical of him to preach to us about non-essential travel?” 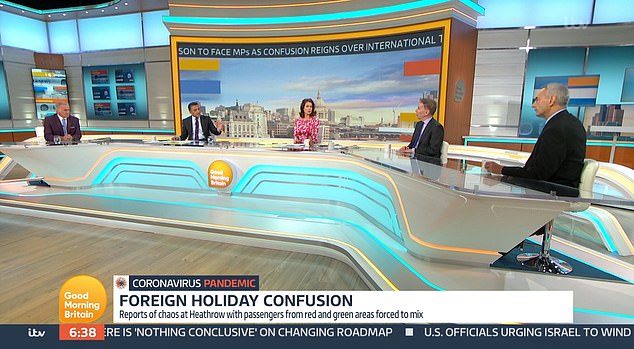 Others agreed that if the ship didn’t dock abroad, Dr Hilary was in the right to continue with his planned business travel.

@YeOldeAutosport wrote: ‘He’s telling us not to travel abroad. His guest speaking on cruise ship gig is on a cruise that simply travels around the UK. The UK is not travelling abroad.’

Travellers booking the Cunard Britannia cruise will pay from £799 to over £5,000 for the week-long trip, with one cabin type on the August 6th sailing already sold out.

On Monday, the boss of Britain’s largest airport warned that 500,000 UK travel jobs could be put at risk if the Government does not expand the travel ‘Green List’ this summer.

Speaking on the day the UK’s international travel ban was lifted, Heathrow CEO John Holland-Kaye urged ministers to give the industry and British holidaymakers ‘confidence’ that they will be able to jet-off to top European destinations this year.

From today 12 countries, including Portugal, Gibraltar and conflict-hit Israel, are on the UK’s travel ‘Green List’ – meaning travelers do not need to isolate on their return. 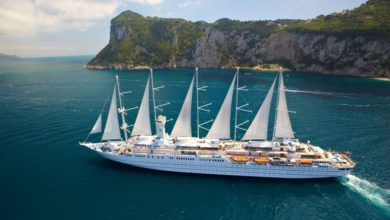