NEXT month, two teams will represent Zimbabwe at the rescheduled 2020 Tokyo Olympic Games and the Cosafa Cup in South Africa.
The senior men’s football team will be in the hunt for a seventh Cosafa Cup title at Nelson Mandela Bay in the Eastern Cape province of South Africa from July 7 to July 18, while Team Zimbabwe will be at Olympic Games from July 23 to August 4 in Tokyo, Japan.

For the Warriors, who have already qualified for the Africa Cup of Nations (Afcon), coach Zdrakvo Logarusic, popularly known as Loga, will be using the Cosafa Cup to assess potential players for the World Cup qualifiers that start in September.

Zimbabwe will be making their fifth appearance in the Afcon finals slated for Cameroon next year, having made their debut in Tunisia in 2004 followed by Egypt (2006), Gabon (2017) and Egypt (2019).

Having failed to go beyond the group stages in the last four editions, the Warriors don’t have to be content with only qualifying for the Afcon finals, but need to set the bar higher by challenging for the title.

Zimbabwe have immensely talented and experienced players in the form of Belgium-based skipper Knowledge Musona, midfielder Marvelous Nakamba from Aston Villa in the English Premiership, striker Tino Kadewere and midfielder Marshal Munetsi, who play in the French top tier Ligue 1.

Defender Teenage Hadebe, who recently completed his move from Turkish topflight side Yeni Malatyaspor to Houston Dynamo in the United States Major League Soccer, Mamelodi Sundowns’ target Divine Lunga, Kaizer Chiefs’ poster boy Khama Billiat and Kudakwashe Mahachi from SuperSport United are among the players that can stand their own against the continent’s best.

In a brutal assessment of Zimbabwean sport, veteran sports administrator Stanley Mutoya, who is also the chief executive officer of the Africa Union Sports Council Region 5, said the country needs to go past the stage of celebrating qualifying for major events and instead compete for honours.

Zimbabwe will be sending her smallest number of athletes to the Olympic Games next month since the country attained independence in 1980, and Mutoya said they should be effectively competing in Tokyo and not just to make up numbers.

With the exception of Purcell-Gilpin, who will represent the country in the men’s singles scull event in rowing after qualifying for the Games in 2019, and golfer Vincent, who is ranked 54th out of the expected 60 golfers in the Olympic rankings, the other three are going to Japan through universality slots.

Under the universality rule, National Olympics Committees (NOCs) may enter one male athlete and one female athlete, regardless of time, if they have no athletes of that gender meeting the entry standard.

Zimbabwe received two universality slots from the International Swimming Federation (Fina) for a male and a female, with the World Athletics extending a slot that has been taken by South Africa-based Makusha.

To expect athletes who qualified via the “backdoor” to bring medals from Tokyo will be raising false hopes.

Mutoya says to achieve podium finishes, there is need to relook at sports institutions’ structures and move with modern global trends.
“The first step is to be brutally honest with ourselves. There is no shortcut to success in sport. The only place where success comes before work is in the dictionary. We must immediately stop expecting results without investing in the business drivers,” said Mutoya.

“I think Zimbabwe should grow out of the stage of celebrating qualifying for such events like Chan, Afcon or the Olympics. We must measure our success on the basis of podium attainment, not spending months celebrating qualifying for an event. It means there is need to address the checklist, including allocating adequate human, financial, technological and infrastructural resources, sports science and sports medicine. In this day and age, we can’t have national teams with backroom staff of five members.

“In other parts of the world, backroom staff will have upwards of 30, sometimes even 50 experts that ensure a holistic development and support for athletes. But we still have athletes with one sometimes two coaches and a general practitioner as a team doctor. Where we are lucky you might see a physiotherapist and in very rare cases a team of sports scientists. Yet modern sport performance has evolved into a scientific based phenomenon.”

In essence, Zimbabwe is backward in terms of athlete development and with minimal Government and corporate backing, it will be difficult for the sports industry to be at par with developed countries.

“Zimbabwean athletes also lack exposure as the majority of them play or participate in their sport in Zimbabwe only. With less exposure, qualifying for major competitions becomes a challenge. Those of our athletes who have opportunities to study abroad should be encouraged to do so as long as they remain patriotic and committed to their country,” said Zvomuya.

“Equipment and technology play a major role when it comes to qualifying in sports. Equipment does not come cheap in Zimbabwe. Most, if not all of it, is imported. We need to ensure that access to ideal equipment at a reasonable price is prioritised, given the backgrounds of most of our athletes,” Zvomuya said. — @ZililoR 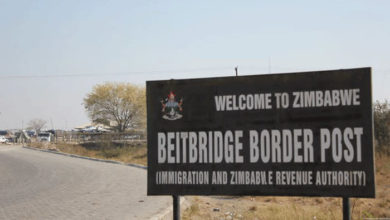