Johannesburg – In an attempt to bring some good news to South Africans and boost domestic tourism, the Sho’t Left campaign this week announced discounted deals and packages of up to 50%.

And while travelling may not be uppermost in the minds of most South Africans, the half-price specials will become available between September 6 and 12. The discounted deals can be redeemed later, as per the terms and conditions of each offer.

Word has gone out to 800 tour operators across the country, in the hope of reviving the virtually non-existent tourism sector.

The head of domestic tourism at South African Tourism, Mashoto Zimba, said that with the noise around the looting and violence in Gauteng and KwaZulu-Natal having died down, it was the perfect time to book that well-deserved break.

“Whether it is beachfront destinations, safari or awe-inspiring cultural experiences and everything in between, South African tourism trade is encouraged to join this exciting platform to get a chance to reignite domestic travel. After all, it’s your country, enjoy it! Because nothing’s more fun than a Sho’t Left,” she said.

One tour operator, who is planning to make the most of the campaign is the chief executive and founder of Curiosity Backpackers in Maboneng, Bheki Dube. He said that when the lockdown handed his business lemons, he made lemon juice.

The 28-year-old said when tourism came to a halt in March last year and occupancy rates dropped from 90 to 30%, he knew it was time to make that lemon juice.

With offices in Johannesburg and Cape Town and a staff complement of 60, Dube knew that he was not going to give up on the business he started at the age of 21. And he found his salvation in the virtual experience.

“For me, it was simply a case of when one item is not doing well, broaden your horizons. The virtual experiences have proved to be our success. There have been a few tourism businesses that have been resilient but many closed.”

When South Africans could no longer travel, Dube and his team brought the country’s most-loved places a little closer. And while rooms were emptying, demand for the virtual experience grew.

“We were still able to show people all the wonderful sights and sounds of South Africa, We made videos, we held virtual business tours. We really had to reinvent ourselves and that’s why we have survived.”

Dube, who started out as a walking tour guide in Johannesburg, said his passion for the tourism sector kept him going.

“There are still so many low-hanging fruits in South Africa and Africa, despite the global pandemic. I have found that people love to explore their own backyard. Covid shifted the lens in terms of domestic travel. I was able to make this shift work for my business and I am sure others can do the same,” he said.

Having grown up in Troyville, Dube prides himself on knowing the city’s best-kept secrets, from the Mai Mai Market in the Joburg CBD to the Nirox Sculpture Park at the Cradle of Humankind.

“I love to go under the city scheme. An organised cycle tour through the gems of Joburg is something everyone must experience. Right here on our doorstep in Maboneng you can find art, food, wine and all the things that make life worthwhile – and you don’t need a passport.”

Dube said that although it was difficult to replenish the sector’s dwindling coffers, he was excited about the Sho’t Left campaign that would South Africans about the hidden gems on their doorstep.

“”It’s tricky to pay the bills with discounted rates but it’s another opportunity to keep the brand alive. It’s a chance to value-engineer your cost items. Cut down on that which doesn’t work and explore your own creativity.,” he said.

To register to upload your Sho’t Left discounted deals, members of the trade can register here. 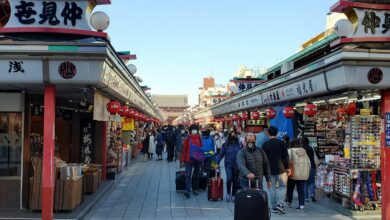 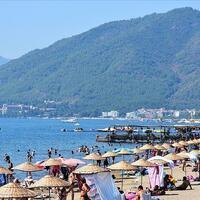