The Director of Public Prosecutions in Botswana has appointed the private prosecutions unit of the civil rights group, AfriForum to assist with the pre-trial proceedings against a former Botswana spy.

Head of the Unit, Gerrie Nel, says the South African government hasn’t responded to Botswana’s request for legal assistance in the matter against Welheminah Mphoeng Maswabi.

Nel says because of fears of political interference in the case, the Botswana Directorate of Public Prosecutions wanted to appoint an impartial prosecutor.

The former Botswana spy, Wilhelmina Maswabi, whose code name was “Butterfly”, is charged in the Broadhurst Magistrate’s Court in Botswana with possession of unexplained property and making a false declaration for a passport.

She has also been linked to Bridgette Motsepe-Radebe, wife of ex-minister Jeff Radebe, sister of mining magnate Patrice Motsepe and sister-in-law of President Cyril Ramaphosa, through allegations that the women were co-signatories of bank accounts to the value of billions of pula, which were used for alleged nefarious activities.

Nel and his team will have to be allowed into the Botswana Bar before Maswabi’s next court appearance in August this year.

“Why particularly us? We are a unique office with seasoned investigators and experienced prosecutors that focus on prosecutions. That’s what we do, we prosecute. We are not politically aligned and therefore, we act independently. We’ve had consultations with members of the Office of the Directorate of Public Prosecutions and will take up our brief as soon as we can. We are honoured to do this and quite keen to assist the Botswana government to deal with the particular prosecution.”

Nel explains what they have been asked to do.

“We’ve been briefed to evaluate the available evidence. We will ensure that there’s a focused further investigation if the need arise, that, that is followed. We will settle the charge sheet and the further particulars. And we will prepare the witnesses by consulting with them in preparation of trial.”

Botswana sent a request for mutual assistance to South Africa in September 2019.

Nel says the reluctance of the South African government to assist Botswana is deliberate.

“The mutual legal assistance request, intrinsically linked to the trial of Wilhelmina Maswabi, has not received any attention. And neither has any feedback been given as far as that mutual legal assistance request is concerned. Because of the inexplicable delay by the South Africa authorities, the particular matter has been prejudiced and certain charges had to be withdrawn. We know for a fact that a charge of financing terrorism against Wilhelmina  Maswabi has been withdrawn.”

Nel says he is excited for himself and his legal team to become members of the Botswana Bar.

Mabuyane on deregistration reports: 'I am a student in that university, legally admitted' 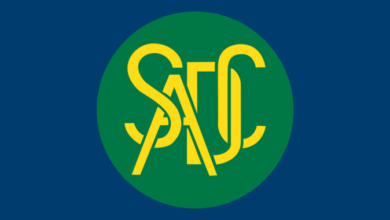