Despite its weak balance sheet, Denel is not trading recklessly, board chairperson Gloria Serob told members of Parliament.

Officials from the state arms manufacturer on Wednesday briefed members of the Standing Committee on Public Accounts (Scopa) on its annual report for the financial year 2019/20 and responded to questions related to SIU investigations.

The entity has had financial challenges, with Treasury warning it could run out of cash by the end of March and that further delays to its turnaround plan would lead to it being liquidated, Fin24 previously reported.

During the briefing, interim CEO William Hlakoane explained that, since last year, amounts owed for salaries to date is R467 million. These amounts included medical aid, and payments to the South African Revenue Service (SARS).

Hlakoane said that as money comes available it is directed to operations so that revenue can be generated to pay salaries. “There are different operations which have clawed back and paid some of the outstanding salaries. The medical aid [contributions] and pay-as-you-earn [tax] are up to date,” he explained.

He explained that work on the turnaround plan is still under way. “We still have to take this particular plan to the board for approval, it is still under construction as we speak. We are hoping in the next three weeks or so we can have concurrence with the board and then take it to the minister for approval,” he said. Finalising the turnaround plan can help address some of the liquidity issues in the business, he added.

Hlakoane also explained that at this point it cannot be determined if the new operating model will yield a s189 process for retrenchments. He however said it would be possible too, especially because Denel is “top-heavy”. “We are not sure as to what the number will be going forward.” He pointed out that in the previous corporate plan, Denel indicated it would embark on a retrenchment process, and that happened as was seen with the company’s exit from its aerostructures business.

“A million small wrong decisions” have destroyed the state’s once proud arms manufacturer to such an extent that an employee has now paid out of his own pocket to be able to do his job. | @Fin24 https://t.co/dlypJrSav7

Acting chairperson Gloria Serobe said that it is public knowledge that the Denel balance sheet is weak, but the entity is not trading recklessly. “At this point, this board sitting here, does not think so. And if it did, it would do the right thing,” said Serobe.

She added that although the company looks financially distressed, there are plans that can deal with that. One of these plans includes getting rid of non-core assets.

“In the meantime, Denel is not capable of taking itself out of this, without the support of the shareholder,” she said. Serobe said much of its financial issues relate to legacy costs. “Denel cannot trade itself out of this on its own in the short term. It has got to get help from government,” she reiterated.

As for Denel’s mandate – whether it be a defence company or a technology company – the shareholder [government] must determine, said Serobe.

However, members of Scopa took issue with this response, with chairperson Mkhuleko Hlengwa explaining that Denel had three consecutive years of disclaimed audit opinions which is of concern, especially because the state of Denel is that of a company that has collapsed. For this reason the committee cannot be censored in asking questions.

Deputy Public Enterprises Minister Phumulo Masualle then responded that there should not be a sense that the committee is being prescribed to in terms of the questions it can ask. Masualle added that the shareholder and board are both committed to turning around the institution, given its importance to the state – relating to its sovereign capabilities.

According to Denel’s presentation, it projects an increased net loss of R1.56 billion for the 2020/21 financial year. Its December 2020 sales were 56% behind budget – its full-year forecast is R2.8 billion or 23% behind what was budgeted.

“Due to the delays in resolving the liquidity issues and Covid-19 lockdown impact, there was reduced operational activity resulting in reduced sales,” the presentation read. Denel forecasts a decrease in revenue of R822 million. It highlighted that a delay in receiving recapitalisation funds had led to delayed operational activities, which are at low levels across the organisation.

Among Denel’s cash priorities are serving long-term loans and settling legacy debts, paying creditors such as suppliers as well as salaries. It is also prioritising funds to pay severance packages of an existing retrenchment process. 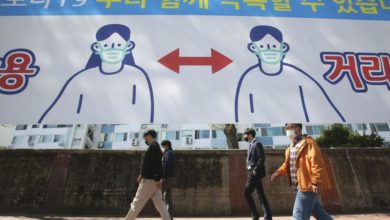 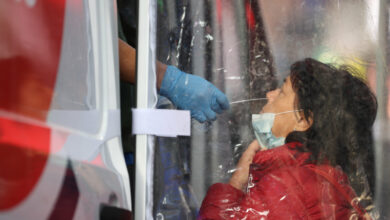