HARARE – Sykes Bond Holding Company has dragged Nu Aero (Private Limited) which trades as Fly Africa to court over a US$300,000 debt.

Sykes also cited Fly Africa’s directors Cassidy Mugwagwa and Mejias Munyaradzi as respondents for a deal they entered into back in 2017.

The High Court has been told that they each signed Deeds of Suretyship bounding themselves as co-principal debtors with Fly Africa.

Fly Africa Zimbabwe was a low-cost carrier that suspended operations in late 2015 when its air operator’s certificate was suspended. It was acquired by Mugwagwa Holdings in 2017. It was reportedly undergoing recertification after a planned relaunch in 2018 did not materialise.

According to Sykes’ claim, sometime in December 2017, Fly Africa accessed some capital from Sky’s Bond Holding.

Sykes subscribed for and became a debenture holder for a fora debenture issued by Fly Africa for a nominal value of up to US$300,000.

As a means of securing the capital advanced to Fly Africa, Sykes signed four agreements with Fly Africa and its directors.

“The debenture subscription agreement resulted in plaintiff (Sykes) becoming a creditor to defendant with an entitlement to interest on debentures at a rate of 8 percent per annum exclusive of charges and calculated on the basis of a 360-day year compounded monthly,” Sykes’ lawyers say.

Sykes says Fly Africa and its directors have neglected to pay back the money since April 2019, despite demand.

According to court papers, Fly Africa acknowledged owing Sykes US$881,220.

When Sykes instituted proceedings for the winding up of Fly Africa on account of failure to pay debts, the airline paid ZW$1 million in June 2020.

Sykes says the debentures continue to accrue and interest continues to run on Fly Africa’s account.

Sykes says it is currently owed US$300,000 and is considering reinstating an application for the liquidation of the airline.

The matter is pending. 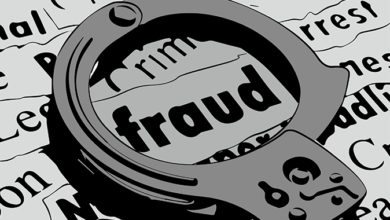