Annual police commemoration day was held at the Union Buildings to pay tribute to 34 fallen officers.

President Cyril Ramaphosa on Sunday called on SAPS to implement its police safety strategy, and urged officers to defend their own lives and those of citizens against criminals.

Ramaphosa was addressing a police commemoration day held at the Union Buildings in Pretoria.

The annual event is held in remembrance of police officers who died in the line of duty.

Ramaphosa paid tribute to the fallen officers, adding that the killing of police members undermined the state.

“Today we cherish the memories of 34 members who paid the ultimate price for their commitment and determination to serve the South African people. Yours is indeed a difficult calling that demands selflessness.

“Unfortunately, we have some in our society who have absolutely no regard for the patriotic duty discharged by our police officers. These are the people who attack our men and women in uniform and thus undermine the authority of the democratic state,” he said.

“To all our men and women in blue, I call on you to honour your departed colleagues by remaining vigilant at all times and ensuring that no police officer dies at the hands of criminals. You must implement the Police Safety Strategy and – within the confines of the law – defend your own lives and the lives of our law abiding citizens.”

He called on South Africans to partner with police in fighting crime and to report criminal activities wherever they took place.

“Criminals live with us and among us in our communities. We must therefore work towards strengthening community-police relations and bring strategic stakeholders on board to bolster the efforts of police to bring down the levels of serious and violent crime. I believe that the arrest of one hardened criminal, or even the recovery of one illegal firearm could spare the life of one police officer,” said Ramaphosa.

Cele said the death of the 34 police officers should not be in vain.

“Sergeant Mogale, Sergeant Ngcobo and Sergeant Dastile’s lives were cut short by ruthless criminals and we will leave no stone unturned to find them. Today, we honour those officers who never made it back home. We commemorate members in blue, who gave their lives in the service of a mission to serve and to protect.”

[IN PICTURES] The names of 34 fallen heroes and heroines will be engraved on the National Memorial Wall at the Union Buildings to signify the gratitude of the nation for their bravery, loyalty & sacrifices made to serve and protect the people of ???? #FinalSalute #PoliceSafety pic.twitter.com/d2riG8uLAD

He also paid tribute to 852 officers and other staff members who had succumbed to Covid-19-related complications since last year.

“Ladies and gentlemen, the reality is that, to us the pain goes beyond the numbers, but it cuts deep when we see empty desks in the workplace; when we see reduced number of members on parade and when we see police stations with severe shortage of members.

“But the pain cuts even more deep to the parents, the spouses, children and families of our fallen men and women in blue, because of the sudden and untimely departure of their loved ones. “

The names of the 34 officers will be engraved on the National Memorial Wall at the Union Buildings. 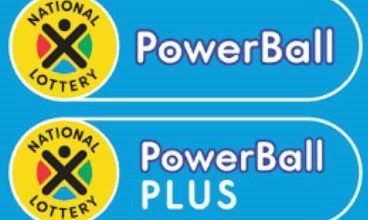 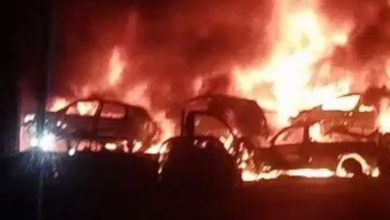 Bookkeeper who allegedly scammed UIF out of R11.1m in Covid-19 grants due in court on Tuesday