ASX-listed Deep Yellow has completed 556 RC holes for 6,982 metres into the Tumas 1 East prospect in Namibia, rounding out the broader Tumas definitive feasibility study resource upgrade drilling program. Updated mineral resource estimates for the Tumas 1 East and combined Tumas 1, 2 and 3 deposits are set to be released in a matter of weeks now.

Importantly, Deep Yellow said the 70 per cent success strike rate indicated its expectations for the conversion rate to “indicated” resource category will be met.

Deep Yellow commenced an extensive resource drill out in February of this year at its developing Tumas uranium project, located on the coastal plain of Namibia in southern Africa some 60km from the deep water port of Walvis Bay.

Drilling was designed to add additional resources with a view to bumping up the predicted initial life of mine from 11.5 years, as defined in the Tumas pre-feasibility study, to more than 20 years.

Additionally, the company was aiming to achieve a drill hole spacing sufficient to enable a resource conversion from inferred to indicated resource status.

In something of a herculean effort, Deep Yellow has punched out an astounding 1,473 drill holes for 24,942m at Tumas 1, 2 and 3 since drilling commenced just 7 months ago.

Deep Yellow’s Tumas mineralised paleochannel system extends over more than 50km of strike from Tumas 1 in the east through the Tumas Red Sand deposits in the west.

Exploration to date has tested less than 60 per cent of the recognised Tumas target area, however resources have now amassed to a total of 196.4 million tonnes averaging out at 263 ppm U3O8, equating to an impressive 113.9 million pounds of yellow cake.

Since 2017, the resource inventory at Tumas has increased more than four-fold on the back of the company’s impressive investment into exploration.

With drilling now completed, the company said a new mineral resource estimate will be calculated for the Tumas project which will become the basis for producing an updated reserve status at the project for incorporation into the Tumas DFS.

Drilling at Tumas 1 East and the broader DFS program has delivered very impressive results, providing the team with a high-level of confidence in achieving our primary goal of increasing the Life of Mine at Tumas to over 20 years.

We commenced this sizable and critical DFS workstream in February. Completing the resource upgrade drilling program in six months with such success is a testament to the team, its commitment and what we are building in Namibia. It is clear Tumas is becoming a tier-one asset with the key elements to support successful uranium operation now evident and we look forward to continuing to advance and complete the DFS for this exciting project.

With the sixth Intergovernmental Panel on Climate Change report highlighting the urgent need to convert the world’s electricity to low carbon alternatives, a greater supply of uranium will be needed to meet the added demand for nuclear energy.

Deep Yellow is primed to be at the forefront of the clean energy revolution in a market where uranium supplies are falling behind even current demands.

Is your ASX-listed company doing something interesting? Contact: matt.birney@wanews.com.au

Will the world ever be able to move beyond the coronavirus? | The Bottom Line - Al Jazeera English

What is E10 petrol? | CAR Magazine 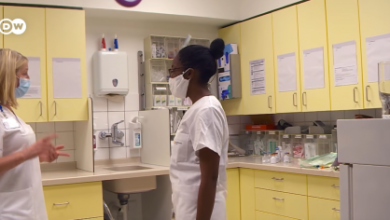 A caring profession: From Namibia to Germany 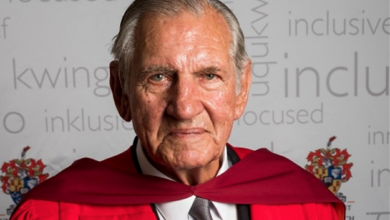