Touts remain present at many bus terminuses despite Zupco reclaiming these, and still control the informal pick-up points where pirate kombis load, with the Minister responsible for women’s affairs and the Zimbabwe Passenger Transport Organisation now wanting effective action to enforce the laws and getting them out of terminuses and off the streets.

Both the Women Affairs, Community, Small and Medium Enterprises Development Ministry and the Zimbabwe Passenger Transport Organisation have been holding meetings with the relevant authorities this week to work out how the menace can be eliminated.

Touts also operate as self-appointed enforcers in other public areas, such as water points and in open markets, with women being seen as the soft targets.

In the absence of strong and continuous police at terminuses and pick-up points, unemployed youths move in, harassing passengers, extorting from kombi operators and sometimes stealing. The same happens in other areas where these touts run what amount to protection rackets, again with women being the main target.

Since none of the crowd in the clip are masked, it is assumed the clip pre-dates the Covid-19 public health rules, but similar scenes can be found in many places today. The clip is a good example of the threats women in particular face every day at  terminuses when they want to travel.

“We would like to assure the citizens that in collaboration with the relevant duty bearers, my Ministry shall ensure that corrective action and these perpetrators are bought to book.

“Eventually we want to witness the removal of touts from all bus terminuses. Public spaces must be safe for all and it may be known that the law enforcing agents shall not deal with this lightly.

“My Ministry has engaged relevant Government departments and local authorities to nip these in humane acts of gender based violence in the bud,” she said.

“We condemn this out rightly and it should not be allowed to happen again in a peace loving nation. It is most unfortunate that this is happening at a time when the country and the world is celebrating women. It is disturbing that there are some who are stripping women of their dignity even in public spaces,” she said.

The harassment is happening in broad daylight on streets, bus terminuses, near schools, markets and water distribution sites in diverse settings both rural and urban.

She said such acts reduce women and girls ability to participate freely in work, at school and in national development as well as limits their access to essential services and enjoyment of freedoms granted by the Constitution.

The Zimbabwe Passenger Transport Organisation chairman Mr Sam Nanhanga condemned the behaviour displayed by the touts, who like to be thought of as self-appointed rank marshals, that harassed the woman at Beitbridge terminus.

Put a stop to gender-based violence. 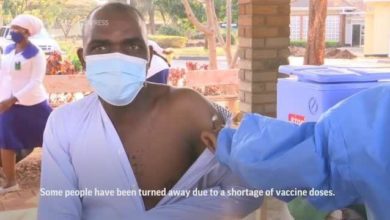 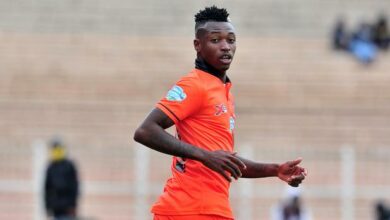