Cruise getaways are back on the cards from next month, ministers revealed today.

No10 has given Britons the green light to again board ships bound for or returning from ports outside the UK.

It is recommended that all passengers are double-vaccinated, and most operators will not allow people on to ships unless they have got both doses.

The cruise industry has been linked to a string of Covid outbreaks since the pandemic began.

One cluster on the Diamond Princess at the start of the pandemic led to the ship being quarantined off the coast of Japan for weeks.

Cruise ships have been allowed to take passengers on around-Britain tours so far this year, but these have also sparked Covid cases.

A ‘small number’ of crew members tested positive for the virus on a ship moored off the Dorset coast at the start of this month. It was a fortnight before the ship was due to set off. 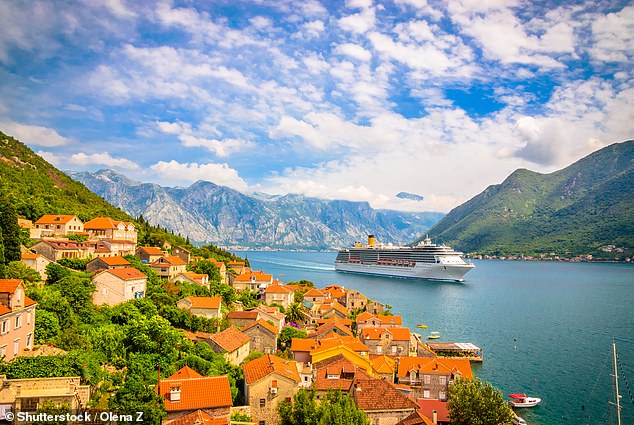 Cruise holidays will re-start from next month. Pictured is a ship in Kotor bay, Montenegro 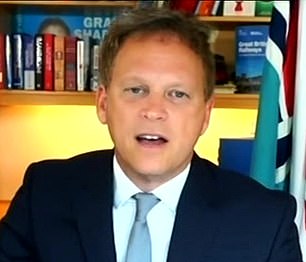 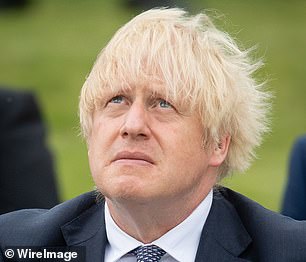 Transport Secretary Grant Shapps said the ships would be allowed to travel abroad from August 2. Boris Johnson has also given the green light for double-jabbed travellers from EU and US to come to Britain and not face Covid quarantine

The Department for Transport said ministers had decided to allow foreign cruises to resume after reviewing ‘epidemiological evidence’ from domestic trips.

Guidance reads: ‘International cruise ship travel means staying overnight for at least one night on a sea-going cruise ship with people from multiple households, calling or ending at ports outside of the UK.’

It adds that ahead of booking cruises passengers should consider their own risk, especially if they are at high risk from the virus.

Fully-vaccinated travellers from the EU and US are set to be spared quarantine after ministers signed off an exemption today.

The powerful ‘Covid O’ group is understood to have agreed that the self-isolation requirements can be dropped for some of the UK’s major trading partners.

Ex-pats who have received jabs abroad are also set to benefit from the dispensation, which takes effect from 4am Monday.

All will still need to get tests in a bid to reduce the risk that they are infected.

Transport Secretary Grant Shapps said: ‘We’ve taken great strides on our journey to reopen international travel and today is another important step forward. Whether you are a family reuniting for the first time since the start of the pandemic or a business benefiting from increased trade – this is progress we can all enjoy.

‘We will of course continue to be guided by the latest scientific data but thanks to our world-leading domestic vaccination programme, we’re able to look to the future and start to rebuild key transatlantic routes with the US while further cementing ties with our European neighbours.’

However, there is no reciprocal arrangement with the US, which still has an almost blanket ban on Britons visiting.

Boris Johnson had privately voiced concerns the EU was further ahead in welcoming international travellers and the UK risked ‘squandering its vaccine bonus’.

It warns access to healthcare may be limited on ships and that, if there is an outbreak, they may be asked to quarantine on board.

The announcement only affects ships travelling to or from England. It is not clear whether Scotland, Wales and Northern Ireland will be changing their restrictions.

‘The decision to allow the restart of international cruises is very good news for the industry,’ he said. ‘The success of this summer’s around-Britain cruises has led the way.’

He added: ‘The cruise industry has worked tirelessly during the last 18 months in collaboration with the Government, health authorities, ports and other industry bodies to develop enhanced protocols that protect guests, crew, and the destinations we visit.

‘The industry looks forward to welcoming guests back on board to visit international destinations.’

Cruise lines have been offering trips around the UK this year requiring adult guests to be fully vaccinated and children to show proof of a negative test.

But this has not curbed outbreaks after a ‘small number’ of cases were reported in crew members on the Queen Elizabeth ship while it was moored in Dorset.

Its operator, Cunard, said the cluster at the start of this month left it with no choice but to suspend cruises planned for the ship until August 13.

It had been due to take its first load of paying passengers this year from Cornwall to Southampton on July 19, during England’s Freedom Day.

The outbreak on the Diamond Princess last year led to some 700 cases after passengers were asked to quarantine in their cabins.

This comes as ministers say they will no longer require double-jabbed tourists from the EU and US to quarantine from August 2.

Mr Shapps said they would be following the ‘latest scientific data’ as they reopened travel corridors.

He added, however: ‘But thanks to our world-leading domestic vaccination programme, we’re able to look to the future and start to rebuild key transatlantic routers with the US while further cementing tires with our European neighbours.’

Ministers have backed the plans today, although there is no reciprocal agreement with the US yet in place. 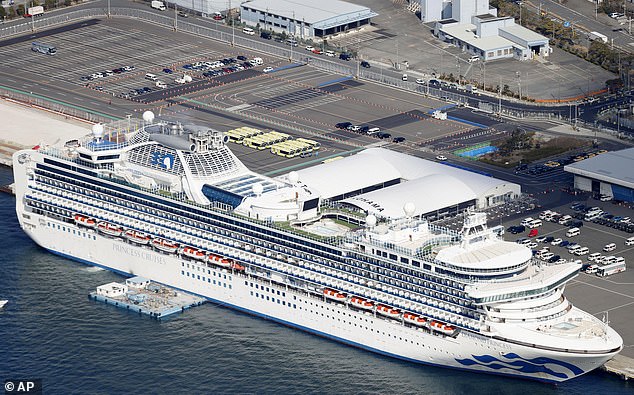 A Covid outbreak on the Diamond Princess last year led to the ship being quarantined for a month and around 700 cases. It is pictured in Yokohama, Japan, in February last year

The decision to allow double-jabbed travellers from the US and EU into the UK without quarantine was hailed by airlines, who said it was the ‘biggest step forward’ since the lockdown easing on May 17.

It applies to England, but there is an expectation that Scotland and Wales will follow suit.

But Labour has branded the approach ‘reckless’, warning it risks importing more variants.

The boost for tourism and businesses comes amid a wave of optimism after coronavirus cases tumbled for a seventh day running – with ministers privately claiming the crisis is now ‘all over bar the shouting’.

The get-out from quarantine does not apply to France, which is ‘amber plus’ at the moment amid alarm about the Beta strain.

But Whitehall sources are increasingly confident that it will be downgraded to ‘amber’ when the categories are reviewed next week.

M1 chaos as truck in flames on Gold Coast

Australians will be able to freely travel overseas when 80% of the population is vaccinated, Morrison says | Health 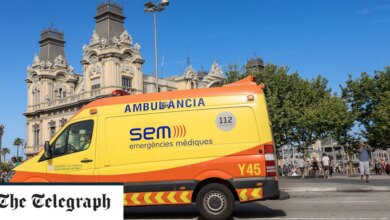 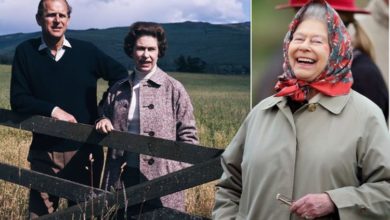