The Federal Reserve’s much awaited interest-rate meeting this week is just one of a panoply by global central banks whose policies are increasingly diverging as economies respond in different ways to the coronavirus crisis.

An anticipated decision in Washington on Wednesday to stay the course with an easing stance for the duration of the American summer may only underscore how what was once synchronized stimulus across the world is evolving into a monetary kaleidoscope.

Including the U.S., rate-setting on five continents, for a quarter of the Group of 20 and covering more than a third of global economic output, is likely to show how some institutions are more concerned about inflation taking hold, while others would dearly like to see that happen, to a degree at least.

In Norway on Thursday, officials may reiterate the need for a cycle of monetary tightening to begin there later this year, while Brazil is poised to increase its benchmark the previous day. Others, from Japan to Turkey to Switzerland, will probably keep their policies unchanged, albeit for different reasons and at highly contrasting settings.

The busy week augured by that concentration of central bank meetings means the coming days may arguably set the tone for global policy for much of the rest of 2021.

“In a busy week for central banks the focus will be on the Fed. Despite the surprise high for May CPI, we don’t think Powell will change the fundamental view on inflation or hint at a faster tapering timetable. For policy makers in emerging markets — already contending with enough challenges without adding accelerating capital outflows to the mix — that’s good news.”

Elsewhere, China is set to publish the latest snapshot of the state of its recovery and the U.K. Prime Minister Boris Johnson faces a crunch decision on whether to proceed with the final stage of reopening the economy later this month.

Click here for what happened last week and below is our wrap of what is coming up in the global economy.

With the Federal Reserve set to stand pat on rates, markets instead will be looking to Chair Jerome Powell for any details on when and how the U.S. central bank will start withdrawing its bond-buying purchases to support the economy, or at least to start the discussion on the topic.

In Canada, inflation data out on Wednesday could stoke worries about loose monetary policy settings.

China’s monthly data dump is due Wednesday and is likely to show the economy remained resilient in May, though industrial production is expected to moderate a little as the low base from a year ago begins to work it’s way through the data.

Japan and South Korea will roll out more export numbers, offering clues on the strength of the global trade recovery, though investors will have to look beyond inflated year-on-year numbers for the real pulse.

New Zealand’s GDP release on Thursday will show if the economy has avoided a recession. Reserve Bank of Australia chief Philip Lowe will speak Thursday amid continued chatter about whether he’ll launch another round of bond buying or rollover the RBA’s 3-year target to a later bond. His speech comes on the same day as the latest jobless figures.

The Bank of Japan meets Friday and is expected by economists to extend its lending measures aimed at helping businesses struggling in the pandemic. The central bank will likely leave its main settings on hold, with data out earlier in the day expected to show Japan’s prices still falling.

The U.K. will take the limelight on Monday with a much-awaited decision on whether the country will proceed with full reopening on June 21. Prime Minister Johnson is likely to briefly delay that moment, though with only limited impact on the economy’s rapid recovery from the coronavirus pandemic, according to Bloomberg Economics.

In a measure of the rebound, inflation data due Wednesday are likely to show a jump to 1.8%. Other gauges to watch this week include unemployment, which will probably slip to 4.7%, and retail sales, probably with a fourth consecutive monthly increase.

Bank of England Governor Andrew Bailey will deliver two speeches during the week, while in the euro zone, Isabel Schnabel and Philip Lane are just two of at least ten European Central Bank officials scheduled to speak.

Thursday will feature multiple rate decisions throughout the region. The Swiss National Bank is almost certain keep its deposit rate at -0.75% and reiterate its pledge to use currency market interventions, if necessary. By contrast in Norway, the Norges Bank may signal it will begin raising borrowing costs as soon as September.

Further east the same day, Ukraine’s central bank will decide on rates after inflation jumped to a two-year high.

In Turkey meanwhile, officials are expected to keep rates unchanged for a third month, as the wobbly lira and global commodity prices continue to cloud the inflation outlook. Governor Sahap Kavcioglu has tried to assuage concerns of premature easing after President Recep Tayyip Erdogan renewed his calls for lower borrowing costs by mid-summer.

Also on Thursday: While there’s room for a cut in Egypt, analysts expect the central bank to leave the rate unchanged as inflation is expected to edge up.

In Africa, Namibia will likely keep its benchmark on hold 25 basis points higher than South Africa’s on Wednesday to help protect the country’s reserves and currency peg with its southern neighbor. In Botswana the next day, officials are also expected to keep policy unchanged, even with inflation on track to exceed the 6% top of the target range, as credit growth remains weak.

Last week’s better-than-expected output report from Brazil — showing its economy back to pre-pandemic levels — set off a flurry of 2021 GDP revisions. Look for April’s economic activity data to show a strong start to the second quarter.

The civil unrest roiling Colombia since April likely began too late in the month to undermine base effect-fueled rebounds in the month’s economic activity, sales, and industrial output figures.

In Peru, Lima’s unemployment report for May will likely show it near last year’s record high while national economic activity data for April may build on the improvement seen in the March reading. Consumer prices across Argentina and in Buenos Aires for May should find both pushing 50% year-on-year.

Look for Brazil’s central bank to raise its key rate by 75 basis points for a third straight meeting on Wednesday to 4.25%. While annual inflation is now well over target, the central bank sees consumer prices peaking soon and the output gap remains negative. 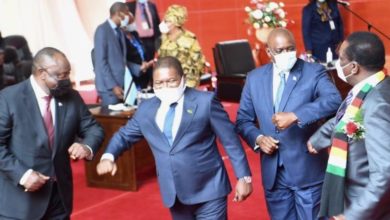 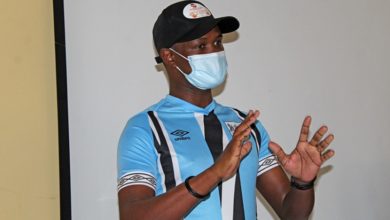