LONDON • Restrictions on travel from Europe have left many African countries scrambling for players for the final two rounds of the Africa Cup of Nations qualifiers which start today.

Fifa’s ruling that clubs do not have to release players for international duty if they face quarantine on their return has had an impact on almost all of the 48 countries involved, as the race for places at next year’s Finals heads to a conclusion.

African national teams draw heavily on players based at clubs in Europe and Covid-19 travel restrictions and quarantine rules have disrupted their plans.

Teams with players based in the United Kingdom have had to make compromises to avoid sending them to countries on the British government’s “red list” which would mean a 10-day quarantine on return.

Algeria agreed to leave Manchester City’s Riyad Mahrez and Said Benrahma of West Ham United out of the team to travel to Zambia this week and use them only for their last qualifier at home to Botswana on Monday.

Ghana have agreed to Arsenal’s request that Thomas Partey should not travel to South Africa for tomorrow’s Group C meeting but play only at home against Sao Tome & Principe in their final qualifier on Sunday.

Arsenal skipper Pierre-Emerick Aubameyang will lead Gabon at home against the Democratic Republic of Congo in a key Group D game tomorrow but not travel to Angola for their last game on Monday.

Some 160 Premier League players have been called up by their respective national squads despite 35 countries being on the “red list”.

Jurgen Klopp’s Liverpool, who are hoping to rediscover their form in search of a top-four finish, will see 12 players travel over 96,000km collectively – more than any other English top-flight club. 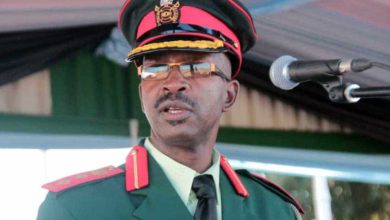