The coronavirus pandemic has delayed learner drivers gaining their licence by an average of nine months, according to new research.

The survey by Gocompare found it took teens nine months longer than normal to pass their test. The delays were mostly caused by lockdown restrictions, which resulted in cancelled tests and driving lessons.

The comparison website quizzed 1,010 parents of learner drivers. More than quarter (29 percent) believed the pandemic delayed their children from passing their driving test by a whole year or more.

For some, however, the enforced break from learning to drive resulted in them giving up altogether. More than a quarter of learner drivers (27 percent) have not returned to the driver’s seat, and 11 percent are less inclined to get back in a car and learn to drive, the survey revealed.

However, the appetite for learning to drive remains healthy, with more than half (52 percent) of parents saying their children were keener than ever to get in a car, learn to drive and pass their test.

‘Parents are having to fork out’

“Even though Department of Transport figures show that nearly half of learners passed their test between April 2020 and March 2021, the number taking practical tests is vastly reduced,” said Ryan Fulthorpe from Gocompare.

“Our research has shown that the pandemic has clearly had a huge effect on the numbers of learner drivers being tested, the length of time it’s taking them to pass, and the amount of extra money parents are having to fork out to make up for extra lessons due to the restrictions.

“While these figures prove that learner drivers have been pretty hard hit by the pandemic, it’s encouraging to see that most are keen to get back behind a steering wheel and work hard to pass their test, often with the help of the bank of mum and dad.”

Call for all learner drivers to undergo 12 months of training

40% of driving instructors increase prices due to demand

Child and youth mental health problems have doubled during COVID-19

South Africa: Business Leadership SA's Busi Mavuso - We're Naive to Think We Can Achieve Stability in the Face of Inequality 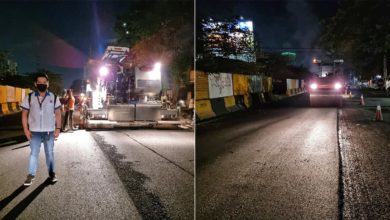