Next week, Sally Neuman is going on holiday. But instead of jetting off to a Mediterranean beach or heading to an idyllic cottage in the UK countryside, she is going to stay with her daughter in London for four days.

Neuman, an NHS worker on the Isle of Wight, is planning to take her young granddaughter to a few museums. But mostly, after 16 months of working flat out during the pandemic, she is simply looking forward to a change of scene.

“I haven’t been away since 2018, and I’d love to get a real break, to relax by a pool. But a proper holiday is out of the question,” she said.

“Prices in the UK have jumped, and the costs and risks of going abroad are too high. I don’t know of any frontline colleagues who are getting on a plane because no one can afford to isolate on the way back if the rules change.”

Neuman is one of thousands of people who are forgoing a holiday this summer because of the cost, hassle and potential risks. Ministers have urged Britons to holiday at home but big rises in the cost of accommodation and limited availability have made that impossible for many.

Inevitably, it is the people who have been most stretched during the pandemic, poorly paid frontline workers, who are in greatest need of a break and least able to afford one.

“Only the better off can afford to take a holiday this year,” said Rory Boland, travel editor of the consumer magazine Which? “It’s simply out of range for many people.

“For lots of people who have worked incredibly hard during the pandemic, probably top of their wishlist would be a week on a beach, either here or abroad.

“Some say holidays are ‘non-essential’, but so is going to the pub, or a football match or the theatre. Many people really deserve a break.”

“Even at the cheaper end, that can add up to nearly £200 for a couple. That is a meaningful extra cost for lots of people that simply prices them out of a holiday,” said Boland.

The cost of holidaying in the UK has risen significantly. Holiday-let data analysts AirDNA recently calculated that the cost of accommodation this year compared with 2019 had increased by 30% in Cornwall, 40% in Skegness and 27% in Pembrokeshire. Car rental prices have doubled in some cases, and train trips within the UK can be two or three times the cost of a cheap flight abroad.

Until little more than 100 years ago, holidays were the preserve of the affluent. Going abroad became commonplace only in the 50s and 60s with the emergence of the package holiday. Now, according to Michael Hitchcock, professor of cultural policy and tourism at Goldsmiths, University of London, holidays are “seen as a measure of a country’s economic and social development – it’s associated with notions of prosperity and wellbeing.

“The idea that we all have a right to a holiday is very deeply embedded in British culture. It’s one of the things people talk about to friends and colleagues. Children’s first memories are often about a family holiday. For young people, to go on holiday with your mates for the first time is a rite of passage.”

The holiday accommodation sector was understandably keen to recoup some of the losses incurred as a result of restrictions on travel, domestically and internationally, during the pandemic, said Marina Novelli, professor of tourism and international development at the University of Brighton’s business school.

“But what is worrying is if what is happening today is here to stay. When mainland Europe moved its currencies to the euro, prices increased dramatically – and didn’t go back down. If today’s increased prices stay, there won’t be the recovery we all hope for.”

For Neuman, living in one of the UK’s top holiday destinations does not lessen the need to get away. “It’s absolutely heaving here – the beaches are bumper-to-bumper, there’s nowhere to park and prices have been jacked up.

“Everyone needs a break, and the only time you can get one is when you get away from home. To be honest, I’m not even thinking about next year – maybe the year after?” 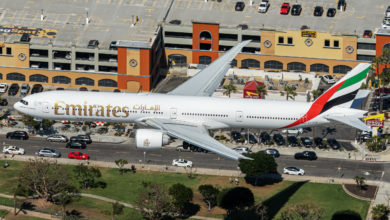 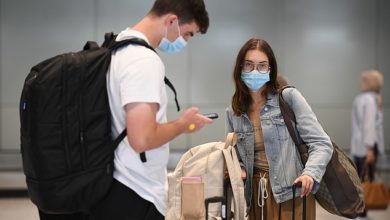 Dark days for tourism in the City of Light