The U.S. added the fewest deaths since Monday, even as infections have been rising nationally. New York state reported the most daily cases in more than a month.

The U.S. has “real concerns about the methodology and the process” of a draft World Health Organization report on the origins of the Covid-19 virus, Secretary of State Antony Blinken said.

Germany may come under pressure to impose a harder lockdown as a third viral wave ripples through the European Union’s most populous country. The EU will block exports of AstraZeneca vaccines if the company fails to deliver doses bought by the region on time, according to an EU commissioner.

Subscribe to a daily update on the virus from Bloomberg’s Prognosis team here. Click CVID on the terminal for global data on cases and deaths.

The new chief executive of hotel group Marriott International Inc. called for the U.S. and other countries to do more to create something akin to a vaccine passport to unlock international travel.

In an interview with CBS’s “Face the Nation” Anthony Capuano, who took over as CEO of Maryland-based Marriott in February, said he was concerned that no one was coordinating current efforts to develop a system to allow international travel for people who have been vaccinated.

“Time will tell what the right platform is. What we know with certainty, however, is a global, coordinated, reliable health credential system will be key to giving folks comfort about traveling to and to giving jurisdictions comfort in opening their borders,” Capuano told CBS. “We need a comprehensive and global solution for it to be effective.”

Hospitalizations decreased slightly, to 4,529, according to a statement from Governor Andrew Cuomo. While that number has been relatively stable in recent weeks, the state still has the most Covid-19 hospitalizations in the nation, according to data from the U.S. Centers for Disease Control and Prevention. New York has the second highest number of cases per capita after New Jersey, CDC data show. Another 64 people died.

President Joe Biden’s top medical adviser on Sunday stopped short of telling parents it would be safe this summer to loose their children on community playgrounds and ship them off to summer camp.

In an interview with CBS’s “Face the Nation” Dr. Anthony Fauci said he was concerned that while Covid-19 cases and fatalities had come down from a winter peak they had settled at a high plateau because of new variants and states loosening restrictions prematurely.

Increasing travel, such as that seen over the spring break school holiday in the U.S., was also a concern as travel inevitably led to rising infections, Fauci said.

But Fauci did hold out a carrot for parents. If the acceleration in vaccinations to its latest 3-3.5 million doses a day rate continued it was “conceivable” families could dispatch their children to camp come summer.

The U.S. has “real concerns about the methodology and the process” of a draft World Health Organization report on the origins of the Covid-19 virus, including that the Chinese government “apparently helped to write it,” Secretary of State Antony Blinken said.

The politically contentious report, based on findings by international scientists convened by WHO and China, is expected shortly. While there needs to be “accountability for the past,” the focus should be on building “a stronger system for the future,” Blinken said on CNN’s “State of the Union.”

Italy reported 19,611 new cases and 297 deaths on Sunday, reflecting a 7.2% positive test rate. New cases in the country remain stable as some regions, including the one around Rome, are set to slightly ease restrictions starting Tuesday.

All truckers arriving into England from outside the U.K. will have to take a Covid-19 test within 48 hours, Transport Minister Grant Shapps said on Twitter. The drivers will then have to take additional tests for each 72 hours they remain, he said. The mandatory testing will help “ensure we keep track of any future coronavirus variants of concern,” he said.

As inoculation progresses, EU member states will create a “health pass” from the middle of June to facilitate a rebound in leisure, tourism and business travel, Thierry Breton, the EU’s internal markets commissioner, said Sunday.
People will be able to display their vaccination status and most recent Covid-test results with a certificate using a QR code, Breton said. It will be available on a voluntary basis and will respect European data-protection rules, he said.

The government of Maharashtra, which encompasses Mumbai, asked authorities to prepare for another lockdown if a resurgence in infections isn’t reined in and residents flout rules. Hospital facilities are quickly reaching capacity, with a fifth of isolation beds already filled up, it said in a statement Sunday. Chief Minister Uddhav Thackeray asked officials to prepare for food and supplies of other essentials. “There should not be any kind of confusion among the people once a lockdown is announced,” he said.

Slovenia will impose an 11-day lockdown amid a surge in new infections driven by the U.K. variant, Prime Minister Janez Jansa said at a press conference at Brdo. The government will also enforce stricter border controls.

Between April 1-11 the Alpine state will close schools and most non-essential services, the majority of the public sector will switch to working from home and the government will ask industry to do the same. The government is also reintroducing mandatory masks in public places and a regional travel ban, with the exception of Easter Sunday.

“The difference between action and inaction is 500 deaths by summer,” Health Minister Janez Poklukar said.

Germany may come under pressure to impose a harder lockdown as the infection rate in the nation returns to January levels. The topic will be front and center when Chancellor Angela Merkel is interviewed on the Anne Will show on German state television Sunday night.

Bild newspaper reported an emergency meeting between Merkel and state leaders could decide on the course of action in the coming days. German cases topped 28,000 on Saturday, more than three times the rate at the start of the month, underscoring the challenge facing authorities as they attempt to curb the pandemic’s spread.

Zimbabwe will begin issuing vaccine “passports” this week, the state-owned Sunday News reported, allowing inoculated travelers to enter and exit the country. The Southern African nation has vaccinated 65,466 people for the first dose and 7,965 people for the second dose as of March 27, according to Health Ministry data.

The U.S. added 758 deaths from Covid-19 on Saturday, the fewest since Monday, according to data compiled by Johns Hopkins University and Bloomberg. Reported new infections declined to about 63,000, the lowest in three days and a fraction of peaks of more than 300,000 daily cases late December and early January.

Vaccinations are picking up in the U.S., with 75% of the population on pace to be covered within an estimated four months, according to the Bloomberg Vaccine Tracker. Some 3.5 million doses were administered on Saturday, more than the average of 2.7 million over the previous seven days.

The EU will block AstraZeneca exports if the company fails to deliver the doses bought by the region on time, according to Thierry Breton, the EU commissioner in charge of fixing the bloc’s vaccination drive.

AstraZeneca has met about 30% of its commitment to deliver 70 million doses to the EU in the second quarter, Breton said on RTL radio Sunday.“As long as AstraZeneca doesn’t make good on its obligations, everything that’s produced on European soil is distributed to Europeans,” he said.

Russian President Vladimir Putin hopes that Russia will reach herd immunity by the end of the summer as it ramps up its vaccine rollout, he said in interview to state television on Sunday. This will pave the way for a significant easing of restrictions, he said.

Britain is planning to offer 3.7 million Covid jabs to the Republic of Ireland, in part to help lift the lockdown in Northern Ireland, saying it would be the first time the U.K. has exported vaccines to the EU, the Sunday Times reported.

Britain expects to receive the first doses of the U.S.-made Moderna Inc. vaccine within weeks, a government minister said Sunday.

Iran reported 8,751 new daily cases, the highest number in more than three months after millions defied government guidelines and traveled during a weeklong public holiday, the Health Ministry said in a statement on Sunday.

People from Western Balkan states converged on Serbian capital Belgrade this weekend as Serbia decided to inoculate foreign citizens, state news agency Tanjug reported. About 9,600 people were vaccinated at three locations in Belgrade yesterday, with another 8,500 expected today, said Assembly president Nikola Nikodijevic. One motive for the foreign offer was that Serbia found itself with excess doses of AstraZeneca vaccine due to expire March 29, according to Bosnian news portal Klix.

South Africa is targeting vaccinating about 200,000 people a day from mid-May as the government seeks to scale-up inoculations to tackle the pandemic, according to Health Minister Zweli Mkhize.

The government has set up 2,000 centers where the doses would be administered, Mkhize told the Sunday Times newspaper.

Shortages of doses threaten to upend South Africa’s plans to vaccinate two-thirds of a population of about 60 million people this year, though the country is set to take delivery of 2.8 million Johnson & Johnson vaccines at the end of April. South Africa has been slow to secure vaccines, with just over 230,000 people inoculated so far.

The Philippines placed the Manila region and nearby provinces under lockdown for a week from Monday to stem the nation’s worst coronavirus surge that’s overwhelming hospitals in its key economic area.

The national capital region and the adjacent Bulacan, Cavite, Laguna and Rizal provinces will be under an enhanced community quarantine or ECQ, the nation’s strictest classification of movement curbs, from March 29 to April 4, presidential spokesman Harry Roque said on Saturday. A curfew from 6pm to 5am will be imposed during the lockdown.

Juan Guaido, president of the opposition-led National Assembly in Venezuela, has tested positive for Covid-19, he said on his Twitter account Saturday.

“Symptoms are mild,” he said in tweet. Guaido is recognized by the U.S. and about 50 other countries as Venezuela’s legitimate leader.

Signing an offer to purchase a property? Here's why you should look before you leap 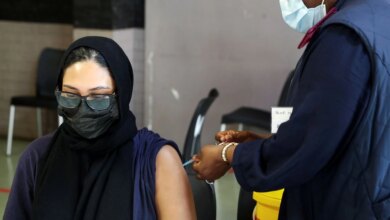 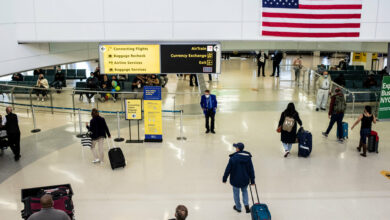 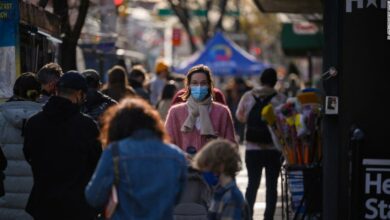 US coronavirus: It’s not clear yet if Omicron is a milder variant. But its rapid spread is going to overwhelm hospitals, experts say 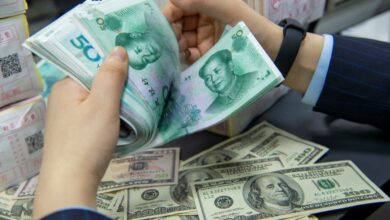