The latest Covid outbreak in Australia has once again resulted in state border closures, restrictions and cancelled plans.

State and territory health authorities are monitoring the cases and the situation is changing daily. Here is a state-by-state breakdown of where you can and can’t travel and what you need to do before you leave home.

Sydneysiders are unable to travel to regional NSW. That remains the case until at least 28 August..

People are barred from leaving the city, except for essential purposes, subject to the lockdown rules, and no one is allowed to travel in to greater Sydney without a reasonable excuse.

Interstate arrivals to NSW from Queensland, South Australia and Victoria, including people who have been in those states for any time during the previous 14 days, need to complete a travel declaration upon entry.

Anyone who has been to a venue of high concern (listed here) must follow testing and self isolation requirements.

All travellers from anywhere in Australia must apply for a permit to enter Victoria, except people living within the border bubble regions of NSW and SA.

The rules on entering Victoria from the border bubble area of NSW tightened from 11.59pm on 3 August, so that people from NSW may only enter Victoria without a permit to obtain necessary goods or services, including medical care and getting a Covid-19 test; for care and compassion reasons; for education including childcare; for getting a Covid vaccination; and for sport and exercise at a sporting club, including alpine resorts.

People from Victoria can also enter NSW for those reasons and not need a permit to return, but in both cases people can only travel as far as is “reasonably necessary” into the other state. Fines for travelling into Victoria without a permit, or in breach of the border bubble restrictions, are $5,452.

Travel from elsewhere in NSW to Victoria is not permitted, even for Victorian residents, unless you have been granted an exemption or are travelling on a specified worker permit or a transit permit. From 23 July, all of NSW has been labelled an ‘extreme risk zone’.

South Australia i now classed as an orange zone. Anyone travelling from an orange zone must get a permit, get tested within 72 hours of arrival and remain in self-quarantine until they get a negative result.

People who live in or have visited these areas are barred from entering the state, unless they are granted a special exemption.

If you are a Queensland resident returning from these areas, you will need to quarantine at a hotel for 14 days at your own expense.

If you are not a Queensland resident, and you have been to these areas, you need to apply for an exemption, and if that is granted, you will need to quarantine in a hotel for 14 days at your own expense.

Everyone needs to complete a travel declaration form up to three days prior to arrival to enter the state.

As of 9 August, no areas of the NT or of WA were declared Covid-19 hotspots by the Queensland government so travel is permitted, if a travel declaration form is signed.

NSW border zone residents can only cross into Queensland for a permitted purpose are also required to complete an entry pass.

Border restrictions with NSW, Victoria, South Australia and Queensland have been reinstated, meaning no one who has been in any of those states in the past 14 days is allowed to enter, without an exemption.

Restrictions are in place for people coming from the ACT, which means anyone entering must complete a declaration, go through 14 days’ quarantine and be tested.

Tasmania, the Northern Territory and New Zealand are deemed ‘very low risk’ by the WA government and do not have any quarantine requirements. Arrivals will still have to complete the mandatory G2G pass registration and declaration, as well as completing a health screening on arrival.

The ACT has tightened its border restrictions in response to the Covid situation interstate.

Non-ACT residents entering from locked down areas of Queensland or NSWwill not be allowed to enter unless they have an exemption, which will only be granted in exceptional circumstances.

Returning ACT residents will need to complete an online exemption form prior to their travel, and will still need to quarantine at home for 14 days.

Anyone travelling from South Australia is required to complete an online declaration form within 24 hours prior to arriving in the ACT and to monitor for symptoms for 14 days after they were last in SA.

Anyone arriving from any state or territory must check the close contact and casual contact exposure locations (listed here). Anyone who has visited a close contact exposure location cannot enter the ACT without an exemption. Anyone who has visited a casual contact location must complete a self-declaration form, and isolate until a negative test result.

Travellers from all other states and jurisdictions can travel freely to the ACT.

South Australia has closed its border with Victoria, NSW, the ACT and some parts of Queensland.

All arrivals from NSW, including returning South Australian residents, are not allowed to enter SA – unless they are an essential traveller or have an exemption. This excludes the LGA of Broken Hill.

All non-SA residents who have been in Victoria in the previous 14 days are barred from entering SA, excepting those in the 70km border buffer zone.

As of Sunday 8 August, 2.30pm, travellers who have visited Queensland in the previous 14 days are not permitted to enter. Those who have not been in Greater Brisbane, Cairns or Yarrabah LGAs in the past two weeks can enter until Monday 9 August, 11.59pm but must get a test within 24 hours and then quarantine until they receive a negative result, then get tested again on day 5 and 13.

Travellers from WA and the NTare allowed, but must have Covid tests on day 1, 5 and 13, and must self-quarantine until receiving their first negative result.

There are no restrictions on people from Tasmania.

All interstate arrivals to the Northern Territory must fill in a border entry form.

The NT has declared all of NSW and the locked down areas of Brisbane and southeast Queensland to be Covid-19 hotspots, as well as LGAs and unincorporated areas in Greater Melbourne as of Thursday 5 August, 7.30pm.

Travellers who have been in a declared Covid-19 hotspot within the previous 14 days or attended a public exposure site cannot enter unless they have proof of residency, qualify for an automatic exemption or have received CHO approval. Transit through Melbourne, Brisbane, Gold Coast and Cairns airports is still permitted.

Border restrictions have been lifted for the rest of Victoria and all of South Australia. But anyone who has been at a public exposure state in any other state must get a Covid-19 test and quarantine in a suitable place for 14 days.

No one from NSW or Victoria may enter Tasmania unless they have special permission from the deputy state controller. Both states have been declared a high risk zone.

No one who has been at a declared high risk premises during a public exposure period, in any state, is allowed to travel to Tasmania. This includes Tasmanian residents.

Tasmanian residents who have been in the locked down areas of Brisbane and south-east Queensland can apply for an essential traveller permit to return to Tasmania and complete 14-days quarantine on arrival.

Other than people who have been at high risk premises, Tasmania is open to travellers fromSouth Australia, the ACT, WA, the NT, New Zealand, and parts of Queensland.

The NZ government has announced it will stop quarantine-free travel with Australia for two months.

New Zealand had already paused the travel bubble with NSW and Victoria, but the new shut down applies to all of Australia for eight weeks from midnight Friday, 23 July.

Travellers to New Zealand must not have been in NSW on or after 10.30pm on 26 June or in Victoria after 1.59am (NZT) on Friday, 16 July. Managed return flights from NSW are running from Monday 9 August through to Sunday 22 August, however registrations for these have closed. 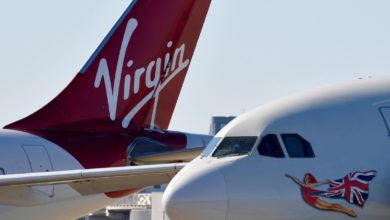