An aged care resident who recently recovered from Covid has celebrated her 105th birthday. But it comes as virus cases – and deaths – continue to rise.

May Harrison, who is thought to be Australia’s oldest Covid survivor, hit the milestone birthday, surrounded by family and friends.

“I was very sick and when I came out of it, I was very weak, but I got over it,” she told the ABC.

“We were to have had a bigger [party] on the Sydney Harbour but they didn’t think I was strong enough.

“But I love my parties.”

Ms Harrison is one of nearly 46,000 aged care residents in Australia who have so far had Covid. That is despite regulations put in place to protect this vulnerable cohort.

And as the country returns to ‘normal’ as we “learn to live with Covid”, the numbers of those instead dying with Covid have been steadily rising this year.

Covid set to be among leading causes of death for 2022

Data to the end of April from the Australian Bureau of Statistics shows Covid-19 was the fourth most common cause of death certified by a doctor in February following cancer, dementia and ischaemic heart diseases.

Of the Covid deaths we have seen, three-quarters have been among people aged 70 and over. But they have also included eight children aged under nine, five aged 10-19 and 30 people in their 20s.

“We were told earlier in the year don’t look at the case numbers, look at hospitalisations, ICU admissions and deaths,” Professor Toole said. “I’ve been looking at them and they’re going up.”

He estimated that the virus would be in the top five leading causes of death for 2022.

As restrictions are eased in various states around the country, the number of infections are rising.

The Doherty Institute’s Sharon Lewin told the Guardian: “What we can do is track changes over time within Australia, and we see those numbers are steadily increasing as we head towards winter.

“We need more regular testing to accurately detect the case positivity rate, and we need a far higher awareness about how to protect people at most risk of hospitalisation and death.”

As the country braces for a terrible flu season as we head into winter, the Australian Medical Association is asking people to wear masks again, regardless of the fact they may not be mandated.

Speaking to ABC Radio, AMA Victoria president Roderick McRae said that masks could help keep infections down which would in turn help ease the pressures being felt by hospitals.

A “dreadful” strain of influenza has gone from “zero to 100 faster than your favourite electric car,” Dr McRae said.

“[Influenza] is rife in the community. The symptoms are very similar to Covid-19 because the body can only react in a couple of ways,” he said.

“Influenza is a dreadful dose or combination this year, and the nation is relatively unexposed because of Covid-19.” 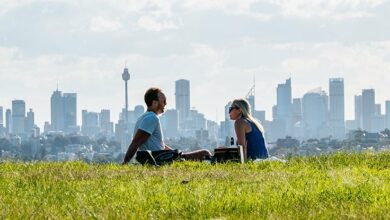 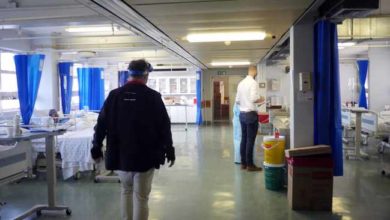 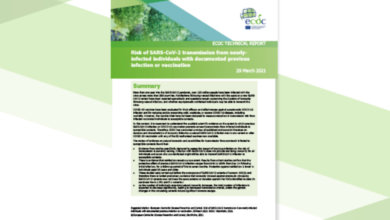 Assessment of the current SARS-CoV-2 epidemiological situation in the EU/EEA, projections for the end-of-year festive season and strategies for response, 17th update