Most countries have witnessed at least two waves, while others have reported a third wave of the Covid-19 pandemic.

Data collected from various sources show that the gap between the wave peaks is approximately between 160 and 180 days in high burden countries, including India.

Differences in peak days, age-range and severity of the infectious disease have been reported widely across the globe. However, the comparative characteristics of the Covid-19 waves still remain largely unexplored.

Experts said that the third wave is yet to hit India and the ongoing surge in cases in certain regions such as Kerala and northeast India is part of the second wave started by the Delta variant, government health experts said. “There is no third wave yet. We are still in the late phase of the second wave,” said Anurag Aggarwal, director of CSIR-Institute Institute of Genomics and Integrative Biology.

Meanwhile, the United States is now averaging 1,00,000 new Covid-19 infections a day, returning to a milestone last seen during the winter surge in yet another bleak reminder of how quickly the delta variant has spread through the country.

It took the US about nine months to cross the 1,00,000 average case number in November before peaking at about 2,50,000 in early January. Cases bottomed out in June but took about six weeks to go back above 1,00,000, despite a vaccine that has been given to more than 70 per cent of the adult population.

The virus is spreading quickly through unvaccinated populations, especially in the South where hospitals have been overrun with patients. Health officials are fearful that cases will continue to soar if more Americans don’t embrace the vaccine.

“Our models show that if we don’t (vaccinate people), we could be up to several hundred thousand cases a day, similar to our surge in early January,” Centers for Disease Control and Prevention director Rochelle Walensky said on CNN this week.

Read | ‘Breakthrough’ Infections do not mean Covid vaccines are failing

The number of Americans hospitalised with the virus has also skyrocketed and it has gotten so bad that many hospitals are scrambling to find beds for patients in far-off locations.

Despite the gloomy picture across the globe, there’s some silver lining. A British scientist who gained prominence for issuing dire warnings about the spread of Covid-19 said on Saturday that the UK is unlikely to need future lockdowns, although new infections may rise significantly as social interactions increase.

Professor Neil Ferguson, an infectious disease expert at Imperial College London, told The Times of London that Britain is likely to move to a situation where the disease can be managed by vaccinations rather than “crisis measures” such as lockdowns.

“I wouldn’t rule it out altogether, but I think it’s unlikely we will need a new lockdown or even social-distancing measures of the type we’ve had so far,” he said. “The caveat to that is, of course, if the virus changes substantially.”

Data released on Friday showed the latest virus surge in the UK has eased, with the number of people testing positive for Covid-19 falling in most parts of the country. Based on its weekly survey of infection levels, the Office for National Statistics said infection rates appeared to be falling in England, Scotland and Wales, though not in Northern Ireland, with the biggest declines in younger age groups.

Public health experts credit the UK’s successful nationwide vaccination program for slowing the spread of Covid-19 even in the face of the more infectious delta variant, which was first discovered in India and is now the dominant form of the disease in Britain. With almost 74 per cent of adults now fully vaccinated, the government plans to expand the program to teenagers.

The government reported 31,808 new infections across the UK on Friday, down 42 per cent from the peak of the third wave in mid-July.

But many scientists warn that infection levels are still too high for complacency and that the reported figures may be inaccurate due to a drop in testing. Over the past week, the UK has reported an average of 26,513 new cases a day, up from fewer than 2,000 cases a day in late April. It still has the second-worst pandemic death toll in Europe after Russia, with over 1,30,000 confirmed deaths.

Business travel will not recover any time soon, but so what? 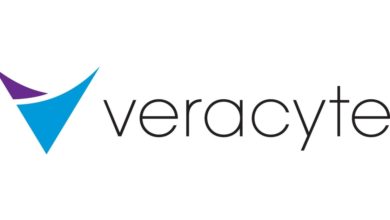