*Over 30 teachers and support staff dead

The startling number of Covid-19 cases in schools has become a ticking time bomb, sending a shiver of fear throughout the country’s teaching fraternity.

Responding to the recent spike in positive cases and Covid-related deaths, teacher’s unions want all government schools to be closed for at least two weeks before the situation explodes further.

“The situation is out of control. One of our members will be buried in Tswapong this weekend, and I’ve just received a message that a senior teacher has just died. This is worrying and it is sad that the Ministry is against the temporary closure of schools.”

Gabana said in total they have lost about 30 members, including teachers and support staff.

“Usually when we talk numbers we focus on basic education, but reality is we’re also losing lectures at Teachers Colleges and Brigades, so the numbers of educators who have succumbed to Covid-19 are staggering,” he stated.

The concerned SG said he was aware of a worsening situation at Mokgalo Junior Secondary School in Lecheng.

The Voice has been reliably informed that since Friday 12 March, over 200 students at the school have tested positive for Coronavirus. A total of 671 pupils were tested, with results showing an average of 12 positive cases per class.

A teacher a the school, speaking on condition of anonymity, claimed her colleagues are in panic mode, especially as Mokgalo remains open and lessons are still taking place.

“It got worse this morning after we learnt that a Pastoral Head of Department, Leonard Modikwa, who was supposed to arrive here on transfer from Motsumi Junior School died today due to Corona complications,” continued the teacher.

To compound the problem, in a leaked Mokgalo JSS staff WhatsApp conversation, the School Head, Janet Kgwadi states one of the students who tested positive for Covid-19 also has Malaria.

“It means we might also be dealing with a possible outbreak of Malaria,” added the source.

Although he would not be drawn into discussing Mokgalo JSS in detail, Gabana told The Voice, “We are aware of what is going on in Lecheng, but as a leader I would not want to individualise schools because this situation is spread across the country. In Matsha, for instance, it is very bad and I won’t be surprised to receive a call reporting a spike in another school.”

Gabana added their worry is that the Ministry seems to be powerless as the Covid Task Force rule the roost with no input from those affected.

“Our current situation needs common sense, not scientific intervention. Simply close schools for 14 days, that will give students time to recover from the virus and ultimately stop the spread. Our worry is while students seem to recover quickly, teachers are at high risk due to their age,” he said.

“When it come to teachers, there are no funds. It has been proven that the cloth masks we use are not effective. This could be the reason that schools are the most hit because there’s overcrowding. Teachers need the surgical masks if their status as frontline workers is taken seriously,” he insisted.

Meanwhile, The Voice sent questions to the Permanent Secretary (PS) in the Ministry of Basic Education, Onkarabile Phefo, who was yet to respond at the time of going to press.

The President of Tanzania, Samia Suluhu Hassan and Merck Foundation CEO, Senator, Dr. Rasha Kelej Recognized as One of 100 Most Influential African Women 2021

MLF leadership dissolved ahead of congress 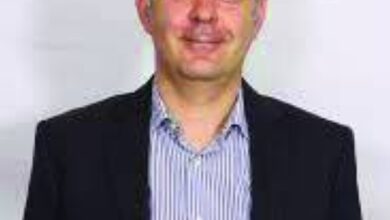