Jessie Biser, 29, and her partner Christopher Kelly, 25, were equipped with just a toolkit, a borrowed saw and YouTube ‘how to’ videos when turning the Ram Promaster Van into somewhere they could live full-time

Jessie and Chris who dedicated a year to transforming the van (

A couple have slashed their bills and enabled themselves to travel full time by transforming a van into their dream home, complete with a hot shower, an oven and hammock chairs.

Jessie Biser, 29, and her partner Christopher Kelly, 25, were equipped with just a toolkit, a borrowed saw and YouTube ‘how to’ videos when turning the Ram Promaster Van into somewhere they could live full-time.

Since completing the project, the pair have been fulfilling their dream and travelling around the US for the last 18 months in their Ram Promaster Van.

Jessie said Chris had thought the idea was “absolutely crazy” the first time she mentioned to him that a stint living in a van was on her bucket list. But after some research, she said he was sold.

“We both love seeing new places, spending time outdoors and don’t need a whole lot of physical things to be happy,” she said.

In a bid to keep costs down, they did the renovation themselves while working, picking up DIY skills through Youtube ‘how to’ videos. In the end, the couple spent a total of $18,000 (£13,000).

For Chris, the top priority was getting a fixed shower. As Jessie, a keen baker, wanted an oven, the layout of the 21ft long and 8.8ft tall van took some careful planning.

Chris said it was sometimes “challenging” living in a small space, having to deal with the inconveniences of living in a van
(

Chris said the pair spent months researching other vans and taking their favourite parts of each, before fitting them all into their design.

Another big priority was creating space for the pair to work, which they did by packing a pull-out bench under the bed, and building a lift-up countertop extension in front of the passenger seat.

“We tried to utilise every single inch of ours so there was no wasted space,” Chris said. “Both of our seats swivel around to create a more open feel and so we can have extra seating if we have people in with us.”

Chris working on the van transformation, before it became his full-time home
(

The pull out bench – one of the van’s ‘office chairs’ – doubles as a space to relax when the pair pull up to a location, while two tables, which flip down from the van’s two doors, work as a place to put their drinks and snacks when they’re hanging out in the back of the van.

“We have a shower that has hot and cold water, a toilet, an oven, and a stovetop in our van so we’re fully equipped to be off-grid,” Chris added.

Their favourite feature is a sunroof in the top that is actually a boat hatch, and allows them to access their solar panels and hammock chairs, as well as enabling a spot of star-gazing when it got dark.

They stuck to white and lighter shades for the van’s interior, to create a spacious feel, and had an artist friend paint murals on their kitchen backsplash and on their headboard.

Eighteen months on, Jessie says their lifestyle is completely different and it’s saved them a huge amount of money, while allowing them to explore.

The pair spent months researching other vans and taking their favourite parts of each, before fitting them all into their design
(

Chris said it was sometimes “challenging” living in a small space, having to deal with the inconveniences of living in a van.

“There are a lot of things that you just don’t need to worry about when you live in a house like where am I going to sleep, are we low on water, where can we dump our pee, grocery shopping frequently, no couch to spread out on, stuff always all over the place, do we have enough WiFi to work, etc.

But he said the amazing places the pair had managed to see, including the 20 national parks and 12 states they had already explored in 2021, made it all worthwhile.

A video showcasing the interior of Chris and Jessie’s van recently posted to their Instagram account left their followers impressed, with some people saying they had used it for “inspo” on their own build.

“It turned out so cool,” one person said.

“You guys killed it with the details,” another added.

Duane 'Dog' Chapman says he had a 'pass' to use N-word, isn't racist 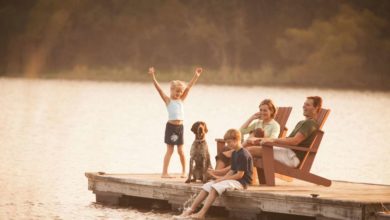 5 Veterinarian-Approved Tips for Traveling with Your Dog 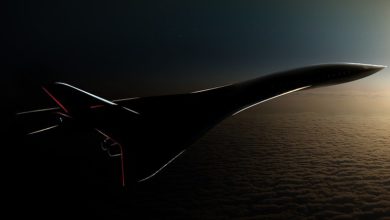 Aerion plans 3,000mph supersonic plane that can fly from LA to Tokyo in under three hours

Australia’s India travel ban: does the health justification stack up and is the move legal? | Australia news