Zambia coach Milutin Sredojevic has revealed they will head into the 2021 Cosafa Cup with one mindset – retaining the title.

The Chipolopolo have been drawn in Group C of the competition that will be staged in Port Elizabeth, South Africa from July 7-18, alongside Malawi, Comoros, and Madagascar.

The Serbian tactician has conceded they have been pooled in a tough group but they will take it a step at a time and make sure they proceed to the semi-finals.

“First of all after getting this draw done, practically we are getting the road map on the way forward towards World Cup qualifiers in September we want to use Cosafa as a springboard and a bridge towards the qualifiers,” Sredojevic told Zambia FA Online TV.

On his plans for the tournament, Sredojevic, said: “Our intention is to go there and go step by step, step by step in a way that we are topping the group and looking to reach the semis and then going step by step and defend the trophy that we are defending.”

On whether he will include foreign-based players in the squad, Sredojevic explained: “We are looking to try to get as many as possible professionals, that are in contention and have much time for the competition, and those who missed the recent trip to West Africa, to Senegal to Benin and Sudan that we use this chance for them to break into the competitive team.

“If we go into the World Cup qualifier, for the locals after finishing the league on July 26, it will not be easy for them to still keep them in competitive aspect, we are looking to make and compensate a program that will help prepare well for the 20th edition of Cosafa.”

Sredojevic’s sentiments come after Malawi assistant Lovemore Fazili confidently stated they are not afraid to come up against Zambia.

“We are very happy to be in the same group with Zambia,” Fazil said. “But they are not the only tough opponent, there is Comoros and Madagascar to take care of. So, we will prepare very well for all opponents.

“There is pressure for us to win this tournament for the first time, but for us, it is an opportunity to gauge ourselves ahead of the World cup qualifiers and Afcon.”

Only the top team in each group and the best-placed runner-up will advance to the semi-finals in what is a change in format for the tournament this year.

That means each side is guaranteed three games up to a maximum of five, which will provide vital preparation for those national teams involved in the 2022 Fifa World Cup qualifiers later this year.

The Cosafa Cup is making a comeback after the event was cancelled in 2020 due to the Covid-19 pandemic and it will be hosted in Nelson Mandela Bay for the first time, which has been a familiar home for other Cosafa competitions in recent years.

Heathrow and Gatwick: 7 countries that have been added to the UK's red list 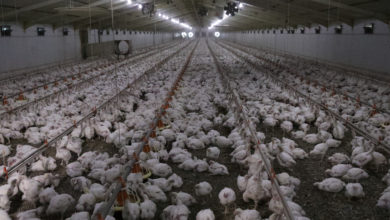