Several figures close to Namibian President Hage Geingob have been filmed discussing the laundering of political contributions, an Al Jazeera investigation has revealed.

During the investigation, Esau requested a donation of $200,000 from the Chinese “investors” for the ruling SWAPO party, ahead of the country’s general election that took place on Wednesday.

Filmed by hidden cameras, Esau can also be seen accepting an iPhone from Al Jazeera’s reporters.

Under the instructions of Omualu’s managing director Sacky Kadhila-Amoomo, the donation was to be laundered to the SWAPO party, under the guise of a foreign investment in a real-estate.

The donation was to be channelled through the trust account of Sisa Namandje, who has been the personal lawyer of all Namibian presidents since the country’s independence in 1990.

He is also the returning officer of the ruling SWAPO party for internal elections.

“You guys must be careful speaking to people about paying the minister,” Namandje told the undercover reporters when asked to confirm if he was happy with his trust account being used to launder funds to the SWAPO party’s election campaign.

“If you speak to a number of people about that, you will end up … [makes handcuff gesture],” he continued.

Namandje refused to discuss the origin or the destination of the money passing through his trust account.

As Al Jazeera’s undercover reporters negotiated a partnership with Omualu, they were asked to make a $500,000 payment and give a 20 percent share of the joint-venture to Mike Nghipunya, CEO of the state-run fishing company Fishcor.

Fishcor would in return provide preferential access to its fishing quotas, which are allocated by the minister of fisheries.

As a public official, it would be illegal for Nghipunya to use his official position for personal gain.

In response to the investigation, Kadhila told The Namibian newspaper he knew from the start the undercover reporters were “fake businessmen”.

“I played along … in order to confirm my suspicions,” the Omualu managing director said.

Kadhila added he reported the matter to the president’s lawyer, Sisa Namandje, who in turn claimed he had alerted police.

The Al Jazeera Investigation is based on documents leaked by Johannes Stefansson, a former employee of the Icelandic fishing conglomerate Samherji, to the whistleblowing group WikiLeaks.

These senior politicians include Esau and the former minister of justice Sacky Shanghala, who have both resigned since the documents were published.

Documents obtained by Al Jazeera show that, from 2012 to the present day, Samherji made payments totalling more than $10m to Esau, as well as to companies owned Shanghala, Esau’s son-in-law Tamson Hatuikulipi, and to his cousin James Hatuikulipi, chairman of Fishcor.

The majority of these payments were invoiced to Samherji as “consultancy fees”, according to the documents.

Whistleblower Stefansson alleges these payments were “bribes” in order to ensure Samherji’s advantageous position in the Namibian fishing industry.

Shortly after Al Jazeera contacted the Namibian government for comment both Esau and Shanghala resigned from their positions.

James Hatuikulipi resigned from his job as chairman of Fishcor, while Thorsteinn Mar Baldvinsson “stepped aside” as CEO of Samherji pending an internal investigation by the company.

On the day of Namibia’s general election on Wednesday,  Esau, Shanghala, as well as James and Tamson Hatuikulipi and two others were arrested on corruption charges.

The six are accused of fraud and corruption. They deny all wrongdoing.

Despite the corruption scandal involving people high up in the government, incumbent President Hage Geingob and the ruling SWAPO party managed to win the elections, Namibia’s electoral commission announced on Saturday.

The Fishrot affair has sparked outrage in both Namibia and Iceland, where voters are increasingly concerned at the levels of corruption among their country’s respective business and political elites.

In Iceland, thousands of people assembled in the main square in front of parliament at the weekend to protest corruption.

Demonstrators called for the resignation of the country’s Minister of Fisheries Kristjan Thor Juliusson, who used to be on the board of Samherji.

He has been a close friend with the disgraced former CEO Baldvinsson.

Speaking in parliament, the MP for the Icelandic Pirate Party, Halldora Mogensen said “the myth of Iceland’s innocence is dead”.

All of the parties implicated in the fraud in Al Jazeera’s film deny any wrongdoing. In a press statement, Samherji claims it has “nothing to hide” from any investigation. 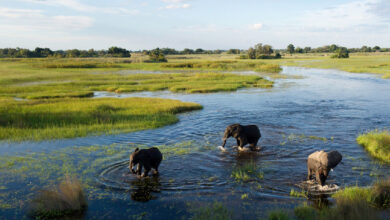 Canadian firm looks for oil in Namibia: Are we ignoring our Paris commitments? 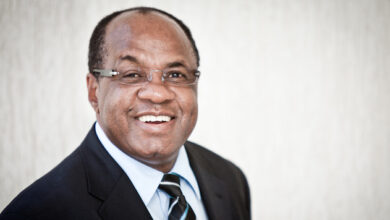 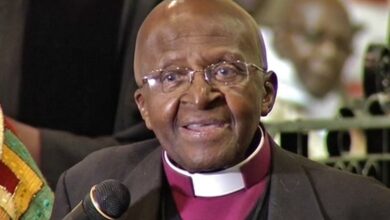