US economic activity grew at a moderate pace from late February to early April boosted by an acceleration in vaccinations and a fresh round of stimulus payments, according to the Federal Reserve’s latest Beige Book. The report found that consumer spending strengthened as restrictions eased and Americans received up to $1,400 in stimulus payments.

The UK government has promised to pay up to £300,000 in compensation to organisers of certain live-audience sporting events over the next couple of months, in the event that the fixture is cancelled because of coronavirus. Fans are set to return under the pilot scheme at major sporting events including the FA Cup semi-final at Wembley (just 4,000 people) and the World Snooker Championships at the Sheffield Crucible Theatre.

Ireland will offer alternatives to the Oxford/AstraZeneca vaccine to all high-risk patients and everyone under 60, the government said. Ireland’s National Immunisation Advisory Committee and deputy chief medical officer on Monday advised against giving the vaccine to under 60s because the risk of blood clots could outweigh the benefits of vaccination, leading to the cancellation of up to 100,000 appointments this week.

Switzerland’s governing federal council has announced a broad range of measures to ease lockdown restrictions despite rising cases and a sluggish vaccination campaign. Hospitality venues will be permitted to serve food and drinks outdoors, concert halls, theatres and stadiums will be allowed to hold events and gyms may reopen from Monday onwards.

US oil prices rose sharply on Wednesday as refiners sucked crude from storage to meet rising fuel demand as the recovery from the pandemic gathered pace. Crude oil stocks fell by 7m barrels, far more than the market expected, according to data on Wednesday from the Energy Information Administration. Fuel consumption rose by more than 1m barrels a day to more than 20m b/d.

Leaving the middle seat free on aircraft could help cut the risk of exposure to Covid-19 by more than 50 per cent, according to a new study by the US Centers for Disease Control and Prevention. The CDC paper modelled the spread of the disease on an aeroplane in a laboratory and found that leaving the middle seat vacant reduced exposure to the virus by between 23 per cent and 57 per cent.

Russia’s healthcare watchdog has said that it has not detected any cases of blood clots arising from the use of the country’s Sputnik V vaccine. The statement from Roszdravnadzor comes as US health agencies recommended a pause in the use of Johnson & Johnson’s Covid-19 vaccine, and Denmark became the first European country to suspend use permanently of the Oxford/AstraZeneca jab.

The UK’s Department of Health and Social Care has launched a consultation on making vaccinations compulsory for people who work in care homes with older residents in England. The DHSC said that only half of older adult care homes in the country meet the recommended minimum of having 80 per cent of staff and 90 per cent of residents vaccinated.

Countries across north Africa and the Middle East have recorded a sharp jump in Covid-19 infections and deaths in the past week, with the World Health Organization’s regional director warning the situation “may worsen during Ramadan”. The number of new cases and deaths in the region — spanning 22 countries including Morocco, Djibouti and Saudi Arabia — increased by 22 per cent and 17 cent respectively last week compared to the week before.

The Oxford/AstraZeneca vaccine induced a stronger cellular immune response in elderly adults than the BioNTech/Pfizer shot, potentially providing more protection against severe Covid-19 and new virus variants. Scientists discovered that both shots elicited an antibody response in the group of over-80s, tested five to six weeks after the first shot.

Brussels announced it had secured a frontloading of new doses of the Pfizer/BioNTech vaccine, with 50m jabs originally intended for the fourth quarter of 2021 to be delivered in the second quarter. European Commission president Ursula von der Leyen said this meant the bloc would receive a total of 250m doses of the vaccine between April and June.

Bots ropes in private sector for vaccines – The Southern Times

'Ramaphosa must go too' - Magashule's supporters gather at Luthuli House 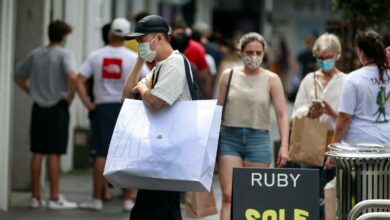