When companies began announcing return-to-office plans this spring, there was a sense of optimism as virus cases declined and the vaccine rollout ramped up.

But after a wave of the highly contagious Delta variant, the tone has suddenly shifted.

“Companies are beginning to take their feet off the pedal on their return to office plans,” said Lauren Hirsch, who covers business for The Times.

Google today pushed back its official return-to-office date to mid-October from September. Apple recently announced a similar delay. Asana, a software company, went even further, pushing its return date for all employees in San Francisco and New York to no earlier than Feb. 1, a person familiar with the situation said.

“A lot of C.E.O.s and executives that I’ve spoken to want to be able to mandate, but they are afraid of the legal and political repercussions, even though the Equal Employment Opportunity Commission has said it’s allowed,” Lauren said.

However, that too may be changing.

President Biden will formally announce tomorrow that all civilian federal employees must be vaccinated against the coronavirus or submit to regular testing, two people familiar with the president’s plans said. Gov. Andrew M. Cuomo of New York said today that state workers must get vaccinated or get weekly tests, following similar decisions in New York City and California. Perhaps most important to the private sector is Google’s announcement today that returning employees would be required to be vaccinated.

“It feels like a very big deal, and I wonder if it’s the beginning of a tidal wave,” Lauren said. “No company likes to be first mover, so Google just offered up cover for others to follow suit.”

Workers are also tapping the brakes on a return to workplace normalcy. Those already working in person say they are growing increasingly anxious as employers ease safety protocols. Remote work has also created a generational divide among younger workers who have grown attached to the flexibility and older managers who favor the office. Other workers have complaints about both returning to the office and the lack of employer vaccine mandates.

“They’re saying, ‘not only do we feel like we don’t need to be in the office to be productive, but now we think that you’re putting us at risk,’” Lauren said.

The return of the mask wars?

C.D.C. officials said that Americans should wear masks in public indoor spaces in parts of the country that have recorded more than 50 new infections per 100,000 residents over the previous week, or where more than 8 percent of tests are positive for infection over that period.

By those criteria, all residents of Florida, Arkansas, Louisiana and New York City, as well as 96 percent of Californians, for example, should wear masks indoors. Nearly two-thirds of U.S. counties qualify, many of them concentrated in the South.

But after months of economic shutdowns, those trying to get people to wear face coverings again in the middle of a long, hot summer are encountering defiance and hostility.

Responding to the news that the U.S. House of Representatives will once again require all lawmakers and staff members to wear masks inside, Representative Kevin McCarthy, Republican of California and the minority leader, wrote on Twitter: “Make no mistake — The threat of bringing masks back is not a decision based on science, but a decision conjured up by liberal government officials who want to continue to live in a perpetual pandemic state.”

See how the vaccine rollout is going in your county and state.

What else we’re following

I have been fully vaccinated for a couple months now. The vaccinated life was truly freeing at first. I have to admit, grocery shopping without a mask felt liberating. We even got to travel to New York this summer. It felt like 2019. But now, with cases rising in our state I’m afraid we are going right back to 2020. Tonight, I got word that another unvaccinated member of my family has gotten Covid. After that news, my father and I tried to encourage the skeptical members of our family to trust the vaccine, but what people don’t understand is that it is nearly impossible to change the mind of someone that is determined not to get the shot. I’m frustrated, worried, angry. This pandemic was once out of our control but now we have a way out and we aren’t taking it.

Let us know how you’re dealing with the pandemic. Send us a response here, and we may feature it in an upcoming newsletter.

Sign up here to get the briefing by email.

Email your thoughts to briefing@nytimes.com.

Zambians remind us how Mighty Warriors have fallen

Western Cape principal's disciplinary hearing: Why it's happening, what it's cost the education dept Bacardi to step up production as  rum,  scotch fly off shelves 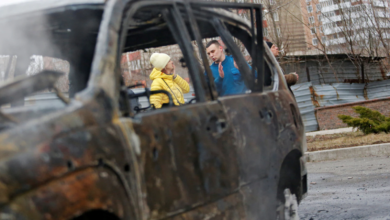