Police in Nyazura, Manicaland, on Wednesday exhibited a high degree of professionalism when they resisted a US$9 000 bribe dangled by members of a smuggling syndicate.

They arrested six of them and recovered a huge number of second hand clothing bales laden on six trucks believed to have been destined for Harare.

Seven more smugglers, six of them foreigners, were arrested in Binga a day earlier as they loaded 275 clothing bales onto a 15-tonne DAF truck as law enforcement agents intensify operations against smuggling.

In Nyazura, four suspects were first intercepted and arrested but two men appeared and offered the officers a bribe of US$9 000, which the officers turned down and immediately arrested them.

The first four suspects in this case were arrested after a high-speed chase with officers who ended up shooting the tyres of the fleeing suspects’ vehicles.

Two other trucks managed to evade the police but were later found dumped near Headlands.

As police interrogated the four suspects, two people appeared and attempted to bribe them with US$9 000 cash but the officers  would have none of it and immediately arrested the other two.

“The Zimbabwe Republic Police confirms the arrest of six suspects and the recovery of contraband of shoes and clothes at Tsungwesi Bridge, on  April 20, 2021, following an ambush by a combined security services team on a special operation against smuggling in Manicaland.

“The team blocked the road as the suspects’ six vehicles tried to flee from the scene, resulting in two of the vehicles having their tyres shot. The two trucks were found abandoned later.

“The security services team managed to stop two other trucks and the four occupants were arrested, while two other trucks were found dumped near Headlands. As the security service members were carrying out some investigations two men appeared and offered them a bribe of US$9 000 cash, leading to their arrest, bringing the total number of suspects arrested to six,” Ass Comm Nyathi said.

Confirming the arrests in Binga, Ass Comm Nyathi said the value of the recovered goods was yet to be established.

“The ZRP confirms the arrest of one Zimbabwean and six foreign nationals at Malala Fishing Camp Harbour, Binga on April 19, 2021 for smuggling.

“The suspects were intercepted by a combined security services team on a special operation against smuggling while loading contraband of 275 bales of various clothes in a 15-tonne DAF truck. Meanwhile, the value of the recovered goods is yet to be ascertained.”

He added that police were stepping up operations at all the country’s exit and entry points.

“The Zimbabwe Republic Police will step up operations aimed at curtailing all illegal activities at all exit and entry points in the country.”

In a related case, on April 16, 2021, police in Plumtree intercepted a blue Nissan Caravan vehicle carrying 364kgs of copper destined for Botswana and arrested Aleck Gumede Ncube (87) for unlawful transportation of ZESA copper cables and smuggling of scrap metal.

Ncube told the police that the copper was not his but belonged to his wife Greta Moyo.

Moyo is currently on the run and the value of the recovered copper is $370 000.

Police also recovered 120 boxes of Remington Gold cigarettes and 60 boxes of Express Royal cigarettes that were being smuggled to South Africa in Dite area, Beitbridge, on Wednesday. 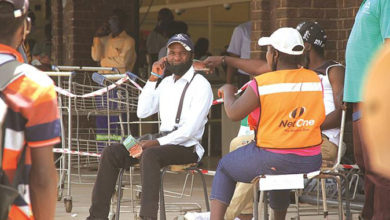 Five months out of Zim and still counting 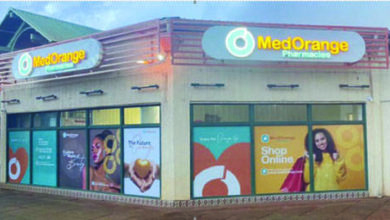