British journalist Martin Bashir, who is being investigated
over how he obtained an explosive 1995 interview with Princess Diana, is
stepping down from his role as the BBC’s religion editor, the corporation said
Friday.

“Martin Bashir has stepped down from his position as
the BBC’s Religion Editor, and is leaving the corporation,” said deputy
director of BBC News, Jonathan Munro, adding it was due to health issues.

“He let us know of his decision last month, just before
being readmitted to hospital for another surgical procedure on his heart,”
said Munro.

Bashir’s interview with Diana, in which she lifted the lid
on her troubled marriage to Prince Charles, dropped a bombshell on the royal
family.

But his methods in securing the interview have been
investigated by former Supreme Court judge John Dyson, whom the BBC appointed
after calls from the late princess’ brother, Charles Spencer.

Dyson’s spokeswoman said Friday that he “has concluded
his investigation and the report has been passed to the BBC for publication in
due course.”

Spencer has alleged that Bashir showed him faked documents
to persuade his sister to take part.

In the November 1995 interview, which was watched by a
record 22.8 million people, Diana famously said “there were three
people” in her marriage – her, Charles and his long-time lover Camilla
Parker-Bowles.

Diana and Charles formally divorced in 1996. She died in a
Paris car crash the following year.

New reports have surfaced alleging that Bashir used
underhand methods to persuade Diana to talk, including by claiming her own
staff members were being paid to spy on her.

The BBC has been accused of a cover-up in a previous inquiry
when rumours about Bashir’s alleged methods first surfaced.

Bashir was little-known at the time of the interview but
went on to have a global career and famously interviewed Michael Jackson.

READ NEXT | A look at the first tell-all to shake the royals: Princess Diana’s explosive Panorama interview

What it's like to travel to the Seychelles in the pandemic: 'It really is another world' 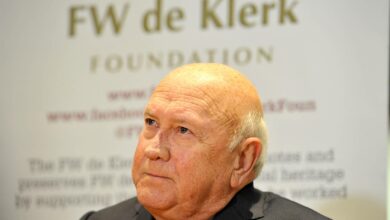 Overcoming vaccine hesitancy: ‘I decided to talk to the one person who would give me the truth’